The story of  The Dalmore starts all the way, way back in 1263.  All those centuries ago Scotland was ruled by King Alexander III and was a clan based society.

This is a part of  that is intrinsic to the country.  there are still many reminders of this past and native are still aware of what clan their ancestors were in, with clan names remaining to this day.

This is also vital to the history of many distilleries and the culture of Scotland as a whole.  Tartan, one of the most important symbols of Scotland finds its roots in the clan system, with each clan having their own pattern of tartan.

The Dalmore also has a history in the clan system.  As the story goes, once while out on a hunt, a stag charged at King Alexander III.

The king would have been surrounded with the best and brightest of Scottish nobility at the time, but only one of these men stepped up to save the king from the rogue stag.

That man was Colin of Kintail, chief of Clan Mackenzie, who shouted “Cuidich ‘n’ Righ”, meaning “Save the king” in Gaelic, as he lunged at the stag, spearing it in the forehead.

Now these days we’re more likely to feel sorry for the poor stag who came to such a brutal end, but the king had a different idea, what with his life having been saved etc. etc..

In return for such bravery, the king granted Colin the lands of Eilean Donan alongside the motto “Luceo Non Uro” (“I shine, not burn” to you and me) and the right to use the Royal 12-pointed stag on his clan crest.

This was quite an accolade, and takes us right up the 19th century, when in 1867 the Mackenzie Brothers decided to turn the hand to Whisky distilling, and with them they brought the crest with the 12-pointed stag who remains as the symbol of The Dalmore to this day.

The distillery already existed, having been built in 1839 and was initially run by Alexander Matheson.

Matheson was more concerned with finding the right natural ingredients for his malt than following the crowd.  So with most distilleries being founded in the Speyside region at the time, Matheson decided to go further North.

This led him to the banks of the Cromarty Firth, where the distillery remains to this day.

28 years after he began in the Whisky business Matheson decided it was time to move on, and the Mackenzie Brothers became the proud new owners of The Dalmore Distillery.

Production continued smoothly enough until 1917 when the Royal Navy moved in.  This was right in the middle of the First World War when many distilleries had ceased production and were being used as storehouse for military equipment.

It was three years later that the Navy finally moved out but not without leaving their mark.  The distillery had been badly damaged in an explosion and took two more years to begin production again.

During this time Andrew Mackenzie took the navy to court for compensation for the damage done to the distillery.  It was a big case and even made it to the House of Lords.

Eventually the distillery picked itself up and with no major changes in the next few decades became the success it is today.

Over that time stills have been added and a Saladin Box was also introduced, but this was retired in 1982 and barley has not been malted at the distillery ever since.

The distillery continues to produce impressive malt to this day and has won many awards for its efforts.

As well as producing some pretty impressive expressions, the distillery has also sold some of the most expensive and most rare liquid ever on the market.  In 2010 is released The Dalmore Trinitas, of which only 3 bottles were ever produced.  Two of these bottles sold for £100,000, with the third going for £120,000  in 2011.

It is currently owned by Emperador and has a capacity of 4.2 million litres. 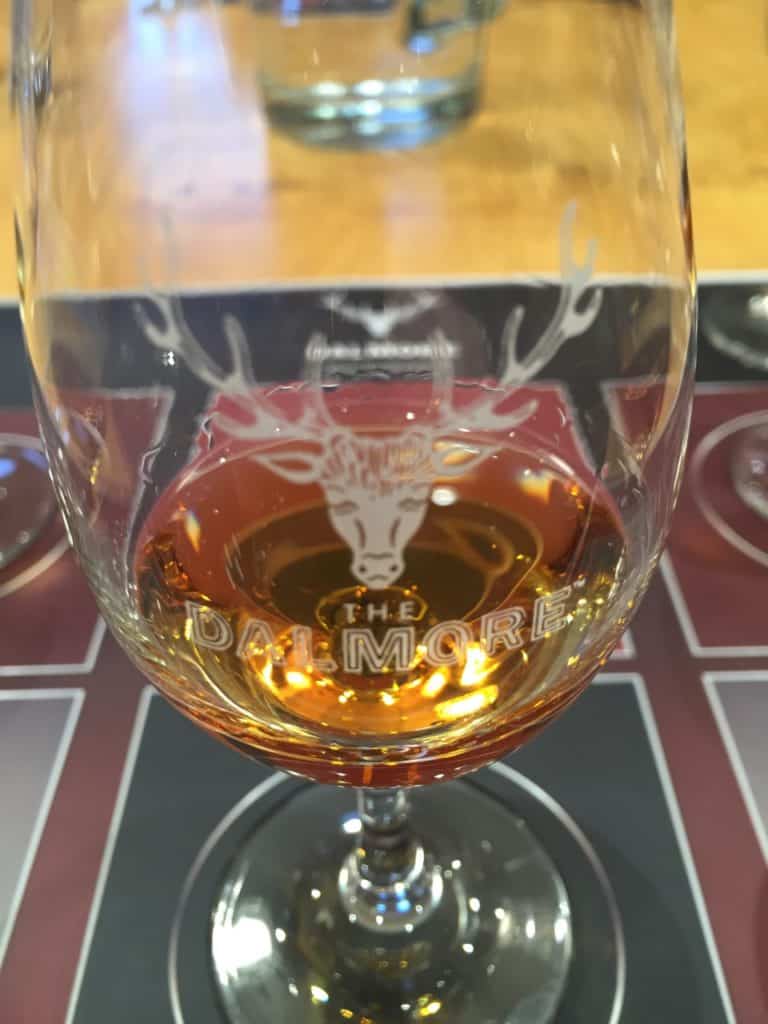 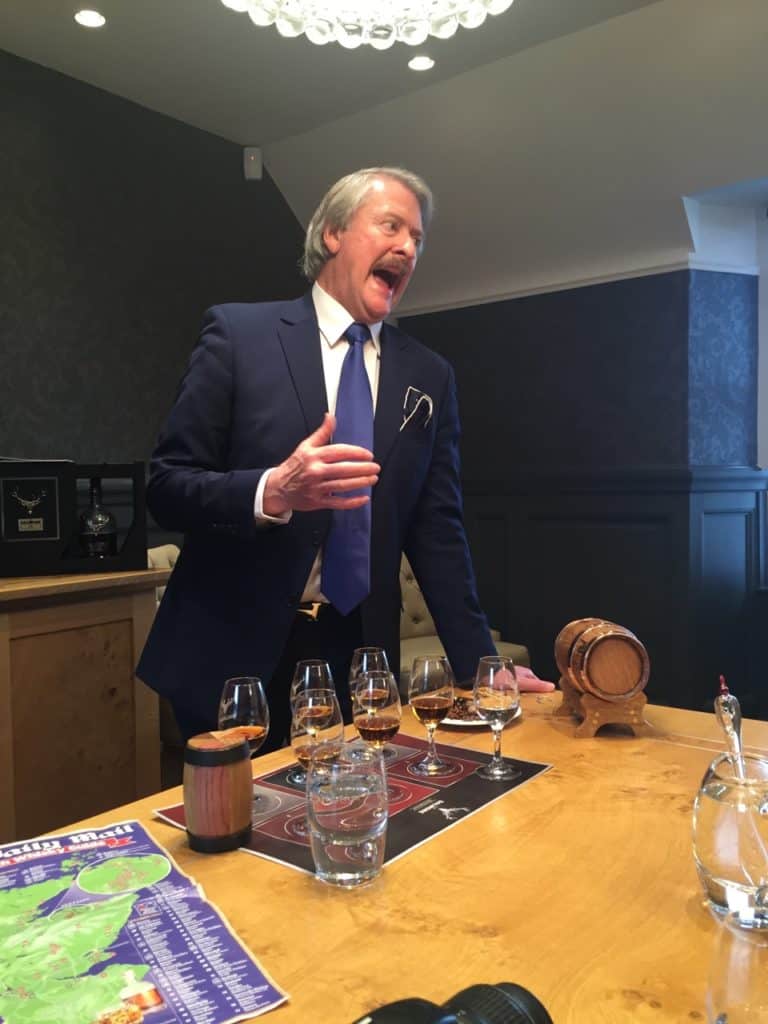 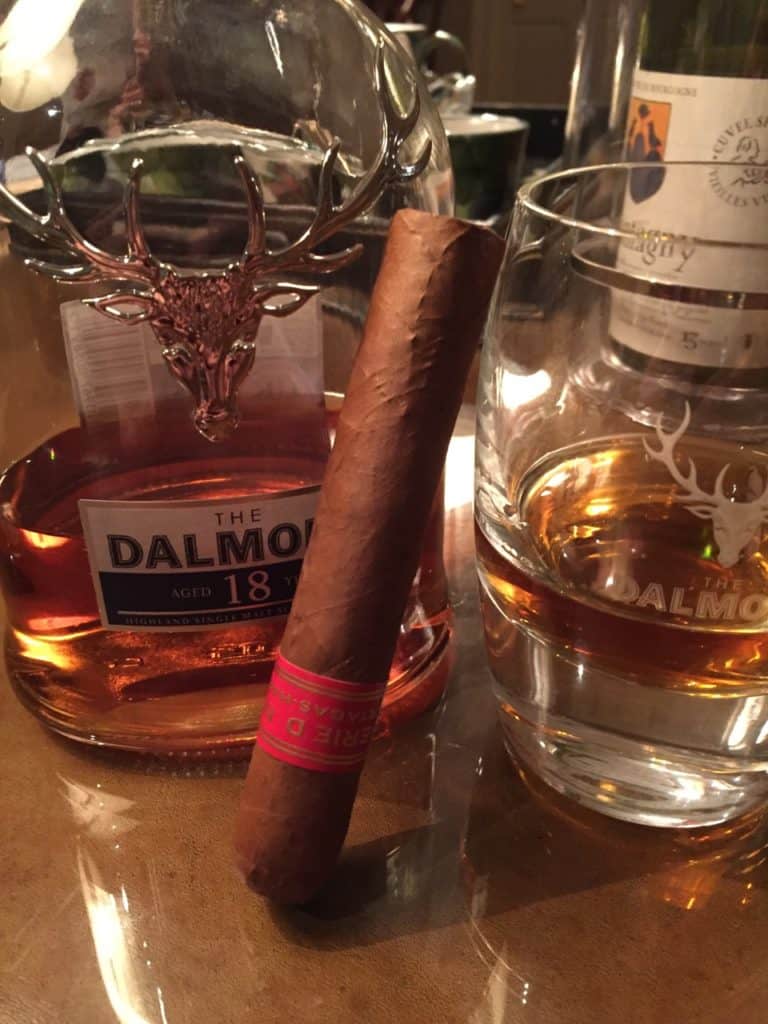 7 thoughts on “Distillery Stories: The Dalmore”