The ninth edition in this series is also a first for Glenmorangie, being their only expression to ever have been fully matured in first fill American oak ex-Rye casks.

The Private Edition series has always been a jewel in the Glenmorangie crown, producing award-winning malts year after year.

The brand have been producing Whisky since 1843 when the distillery was founded by William and John Matheson, although there is evidence to suggest that distillation was occurring here in the early 18th century.

They are found in the Speyside region of Scotland, near a town called Tain and beside the Dornoch Firth.

The brand rose in popularity over the next several decades and even began international trade to Europe and the US.

Today they are a well respected brand across the world and are well known for their innovation and premium malts. 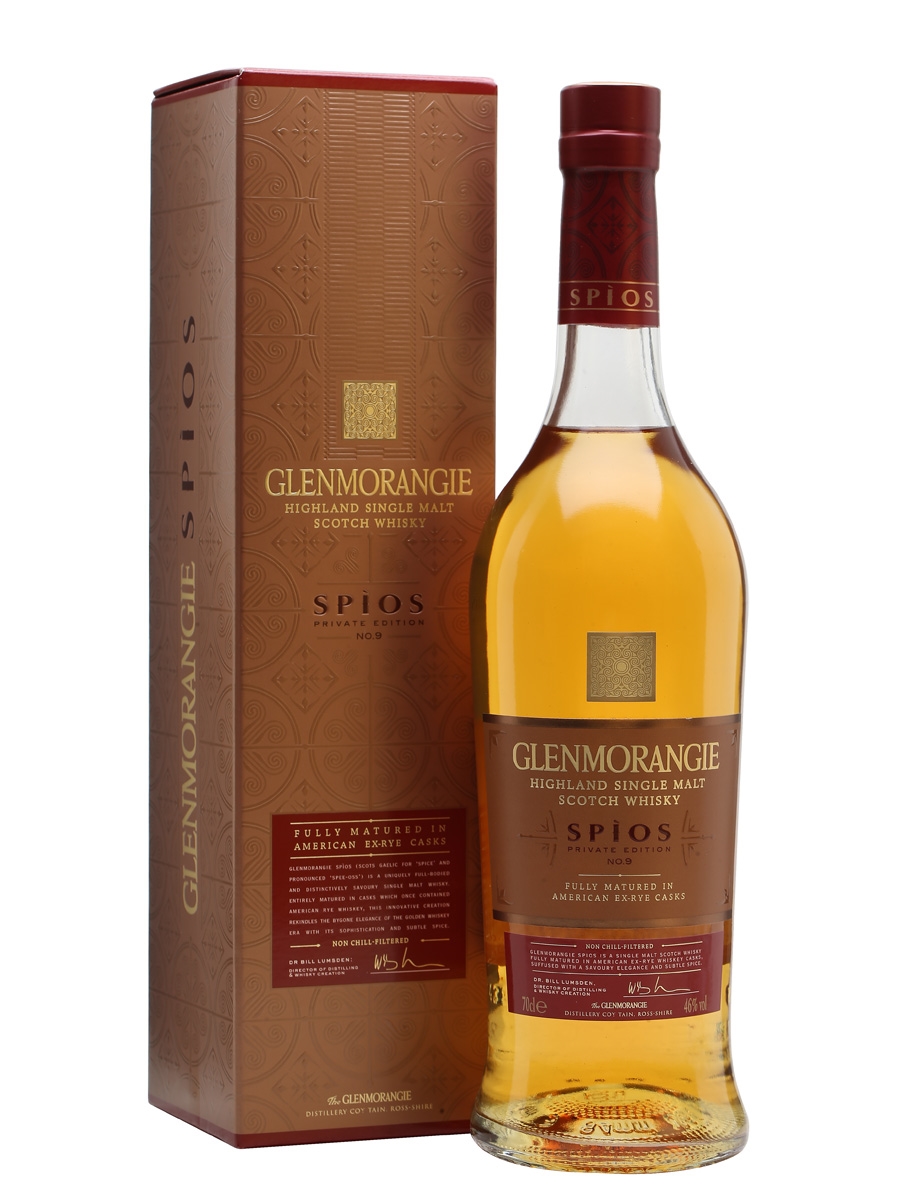 For more information and to buy Glenmorangie Spios click here

Spios, which means Spice in Scots-Gaelic, is a perfect and recent example of the high quality malts that Glenmorangie produce.

The ninth release in their Private Edition series, this is a remarkable malt, with lots of flavour and intrigue.

It was inspired by the spice that you usually find in an American Rye Whiskey.

As such, Dr. Bill Lumsden, Master Distiller at Glenmorangie, decided to mature malt entirely in ex-Rye barrels, to tease out its signature heat. It took him 18 months to find the best barrels from Kentucky.

The result is Spios, a spicy, fruity malt with lots going on.

It opens with a nose full of caramel, amaretto, cinnamon and fresh mint. This is an excellent dram, with lots of flavours all competing for dominance.

There is a grassy, earthy freshness to this malt that really livens it up and boosts the flavour. It especially helps to bring out the sweeter notes.

The palate is lovely and warming, with cinnamon, honey and cloves. The spice is thick and homely, making the perfect dram to sip by the fire on a Winter’s night.

The caramel becomes more like vanilla and oak wood, lending a creamy mouth feel to the overall texture.

The sweetness stands out beside the spice but works well with its warmth.

The grassy notes become more floral and herby in flavour, with a little hint of basil and thyme.

The finish is warm and bold, with cloves and oak wood really making themselves known.

This is a brilliant creation from Glenmorangie and the perfect addition to their Private Editions series. Not one to be missed, as also reviewed here.

A sample was sent to me by the brand, but my views and thoughts remain impartial.