Now, we all know I get very excited over whisky in general let alone one from the most mysterious and reclusive distillery in Scotland, enter the Kininvie 23 Year Old.

When I was working with William Grant’s and Sons on the launch installation for the public Kininvie launch, I was fortunate enough to be treated to a Kininvie distillery visit under only the condition of no photography.

It was a refreshing sight I must say, a distillery not looking for attention and not trying to be something more than what it is; an industrious installation on the flowing landscape of Dufftown, Speyside.

The operations are still manual, as they are at distilleries such as Laphroaig, Ardbeg, Glenfiddich and some notable others, and the stills sit almost smiling now they are getting the attention they deserve for the spirit they have created for nearly a quarter of a century.

In case you are unaware, the Kininvie distillery was launched by Janet Sheed Roberts, William Grant’s granddaughter, in 1990, and was designed to form component parts for blends including Monkey Shoulder aside from two internal releases exclusively available for staff to celebrate Janet Sheed Roberts’ birthdays.

Then, in a bid to expand William Grant and Sons’ presence in Asia, the first release of Kininvie 23 hit Taiwan in October last year and sold out in a matter of hours.

This second release was greeted with even more excitement as the online chatter grew and the knowledge that it would hit one or two stores in the UK first added to what has to be the most anticipated whisky release in a number of years.

I managed to secure a couple of bottles, including one that is available on GreatDrams LINK, and I have to say that even though I held and ‘played with’ a production sample of the 23 Year Old’s packaging, it delivered everything it promised and more. 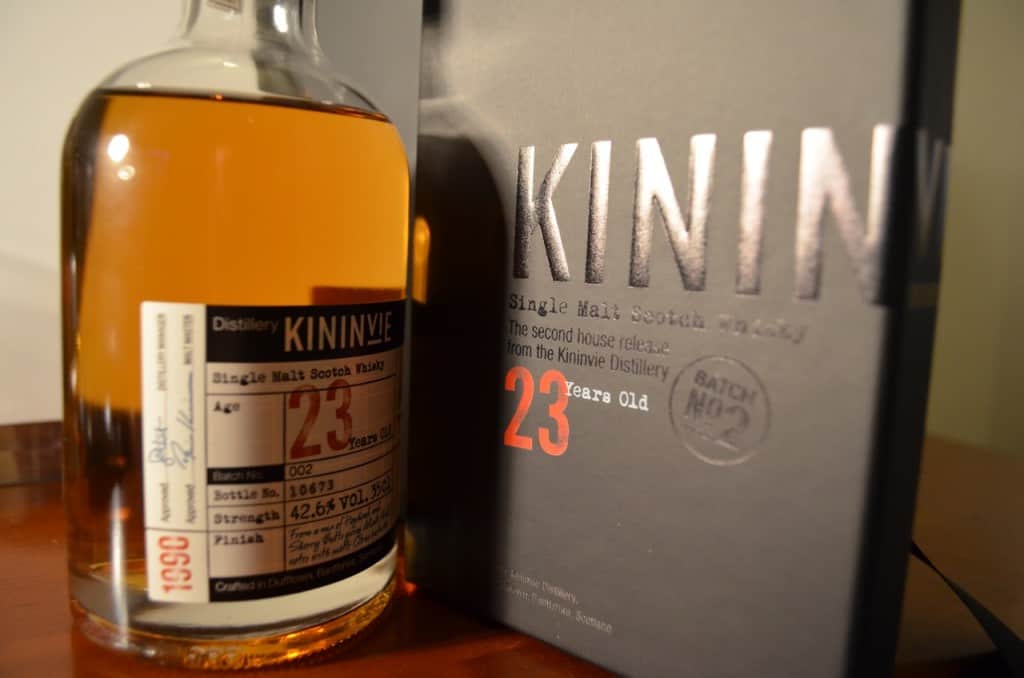 The bottle itself is a testament to the work of design agency Illumination who have done a fantastic job to deliver a brief of crafting a mysterious look and feel for the most mysterious of distilleries.

Brilliance, as always, is in the detail.

You’ll notice that the brand identity (industry speak for logo) wraps around the secondary packaging (more industry speak, this time meaning the box) to give a sense of question raising, of doing things differently, of being just that bit more interesting than the rest.

Another note on the brand identity; notice how the V and the I are underlined and treated slightly differently? That’s a sublet nod to how many stills there are at the distillery, but don’t tell anyone I told you.

The front of the secondary pack communicates that this is ‘The Second House Release From the Kininvie Distillery’ and that this is Batch 2 aged 23 years. Aside from that this outer pack is bare and intriguing. 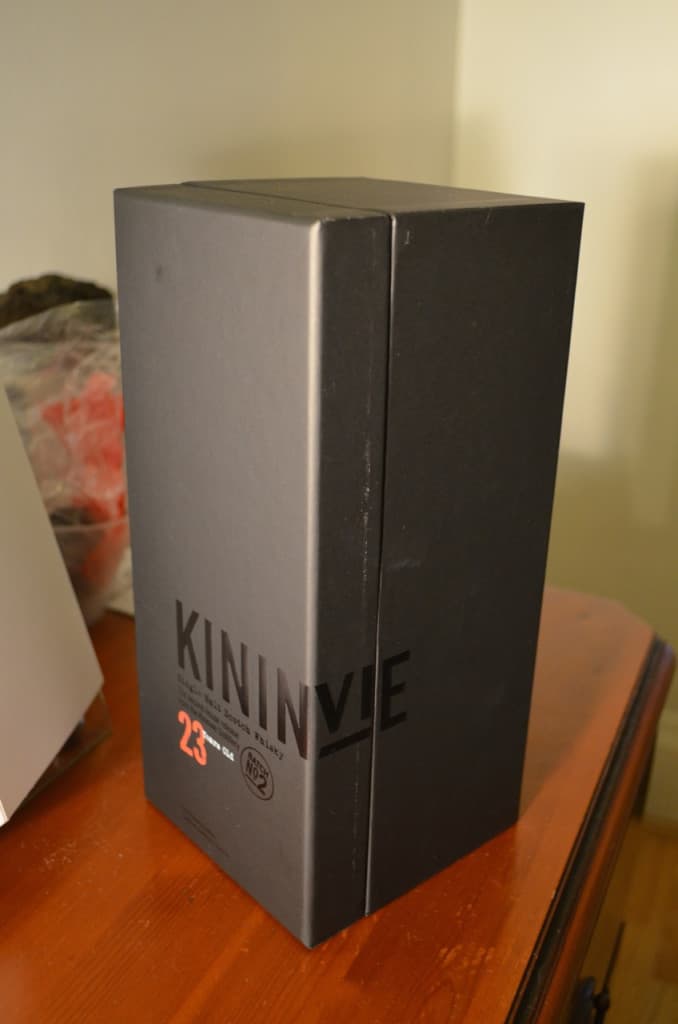 Then you open it up.

Thick-stock tracing paper lies sealed with a small batch sticker and a short brand story is written in punchy red that draws you in and tells you enough to build the excitement but not to reveal all.

Underneath this delicate shroud you finally see the bottle, and wow was the wait worth it.

It may only be 35cl but it stands proud in a box of such quality that it protects the bottle from any assumed harm. With a pull of a ribbon gently surrounding the bottle it pops out.

Make sure you take the opportunity to rotate the bottle and look at the back of the label at eye level; the mirroring effect of the glass and liquid bring to life the chalkboard still used to this day in the distillery to denote batch times, temperatures and a whole host of details that go into making incredible single malt.

The front label details out the age, the year of distillation, has approval signatures from the distillery manager and malt master, displayed the bottle number and talks of the finish you will enjoy when you eventually sip this amber nectar. 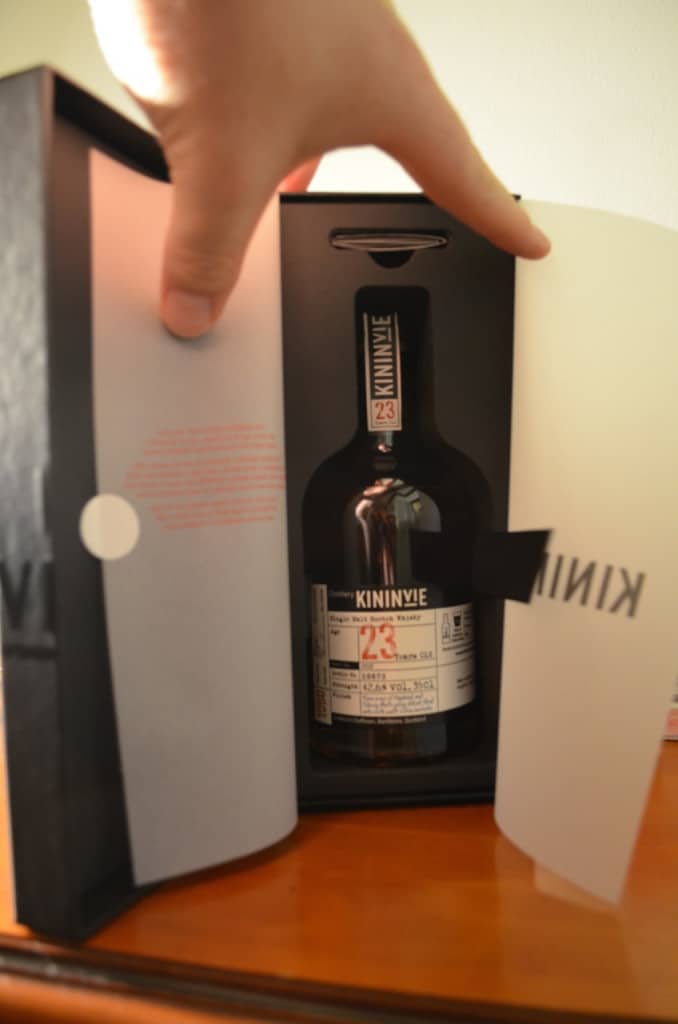 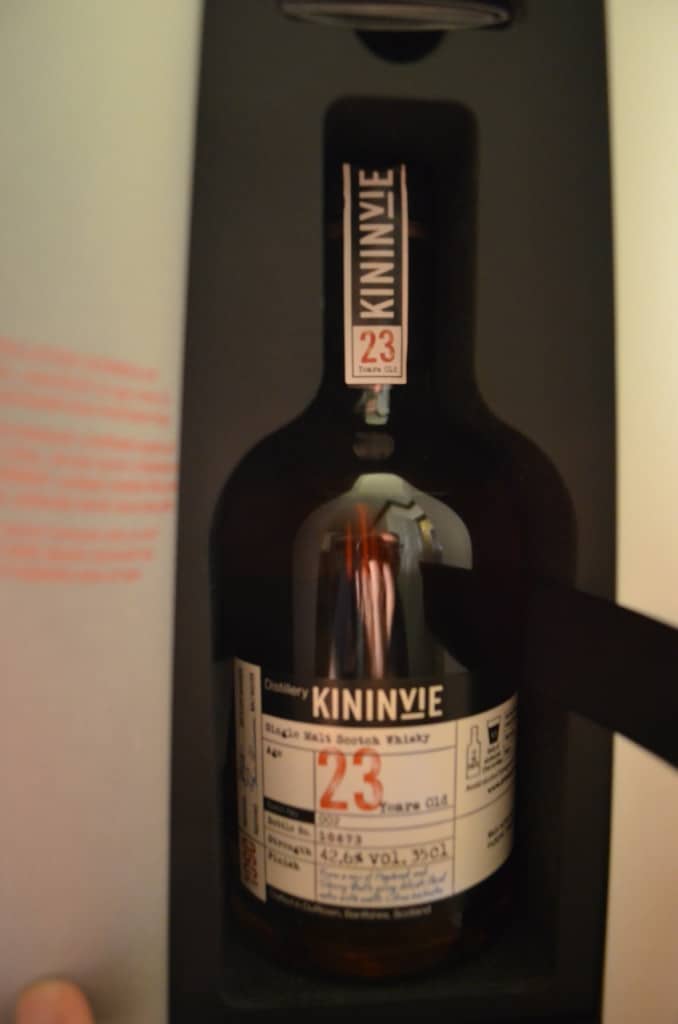 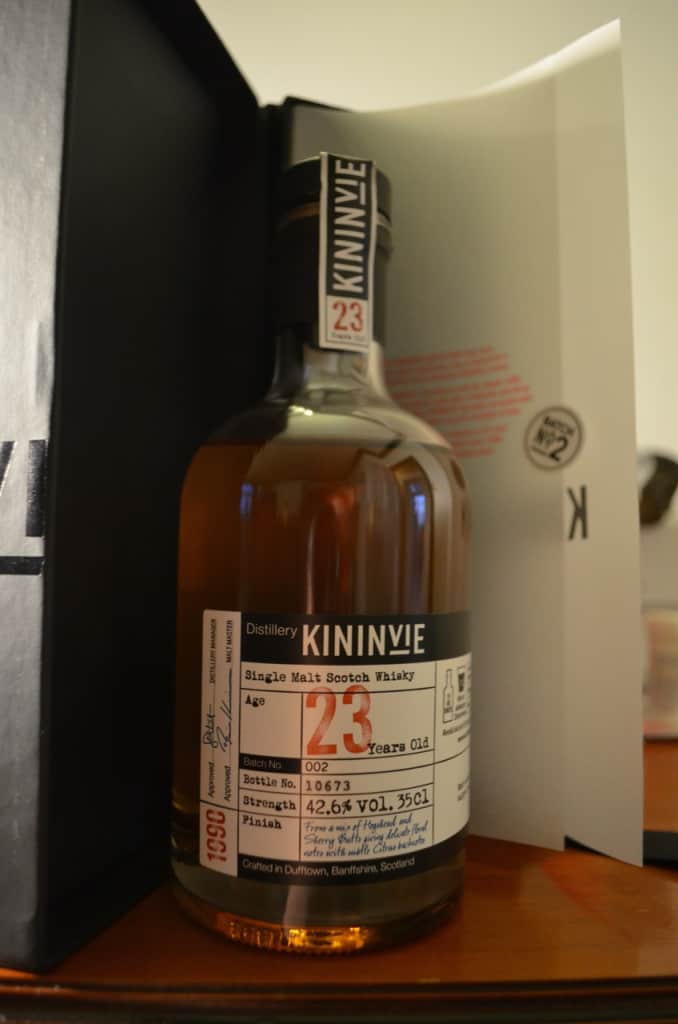 So how does it taste?

I guess we all know the answer to this one; gorgeous. I will leave the description of the liquid itself to the professionals below as I fear I would not do it justice as I was too excited and only had one dram for fear of ‘accidentally’ finishing the bottle off but I enjoyed every single drop of that dram.

A rare one that lives up to and beats the hype.

Palate
Beautifully soft and mellow with a luxurious silky texture. The rich vanilla oakiness resulting from 23 years of maturation gives an incredible depth of flavour and sweetness. Woody spices such as cinnamon, nutmeg and cloves are layered with zesty citrus and candied orange peel.