My fascination with Teeling Whiskey by Tom Lavin

This guest post has been written by Tom Lavin, my father-in-law and the world’s Number One Teeling Whiskey Collector.

After a few months of planning, on Friday 22nd April 2016 I finally managed to make the pilgrimage to the Teeling Distillery in the Liberty area of Dublin. It was a belated Christmas present from my family, three of whom joined me on the trip; my wife Bernadette, daughter Kirsty and son-in-law and whiskey aficionado Greg.

My fascination with Teeling whiskey began when Greg and I attended the 2015 Whisky Live event held at the Armouries in London.

During the day we sampled many types of whisky and whiskey before ending up at the Teeling whiskey stand where we enjoyed samples of the award winning Small Batch, Single Grain and Single Malt releases, each of them special in their own way.

Whilst speaking with Jack and Stephen Teeling, our interest and enjoyment evident, a sample of the 21 Year Old Silver was produced and it was then that my fascination with Teeling whiskey was born.

Just to be sure, we sampled their wares a couple more times and the obligatory selfie with Jack Teeling, complete with the now famous Teeling caps, we left the show feeling enthused and maybe a little worse for wear.

A few days later I ordered the Teeling Trinity (Small Batch, Single Grain and Single Malt) whiskies and as I sipped my way though them my interest grew.

I had heard that there we some single casks on the market so I carried out some research via Whiskybase and Wine Searcher and managed to find a number of bottlings scattered around Europe, which I managed to procure. Slowly I was beginning to build a collection and maybe an obsession with collecting the fine Teeling whiskey products. I tried where possible to buy one to drink and one to save.

I began looking for unusual bottlings. Back in 2013, in Ireland, they held an event entitled The Gathering which encouraged all people of Irish extraction to return to Ireland during the year to help promote and sustain Irish culture. The Teelings honoured this event by releasing a limited edition single malt entitled simply “The Gathering”. It was an airport exclusive and as I travelled to Ireland many times that year, always by car, I was unable get a bottle. I scoured the internet but to no avail, I wrote to the Teelings themselves who had none. After months of looking, one day a bottle came up for auction on eBay in Italy, I immediately bought it added it to my ever growing collection.

I have since added a few more rare bottlings.

My latest purchase came on the way home from Dublin after visiting the Teeling distillery. Jack had told us a about a special release for the Aviators Whiskey Society, a group of like minded whiskey enthusiasts set up by Dublin airport staff. When ambling through The Loop, Dublin Airport’s duty free store, both Greg and I were surprised to see that the bottle had just been launched so we bought our respective bottles there and then. The release itself was limited to just 300 bottles. This brought my collection up to 38 different Teeling whiskey releases. 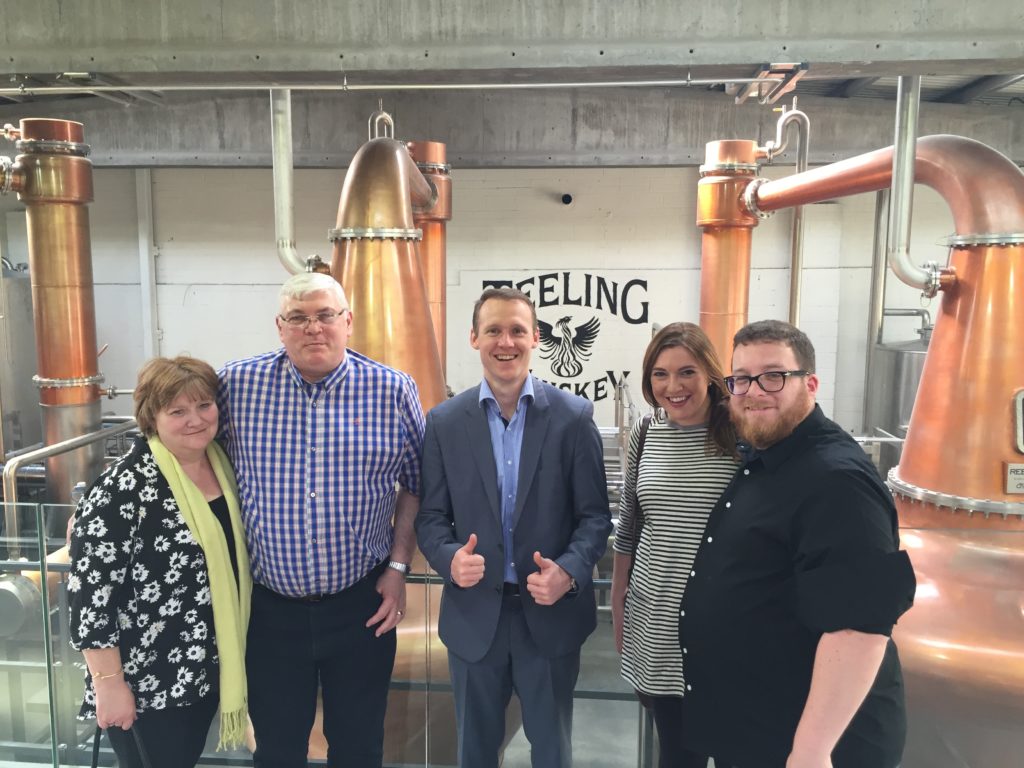 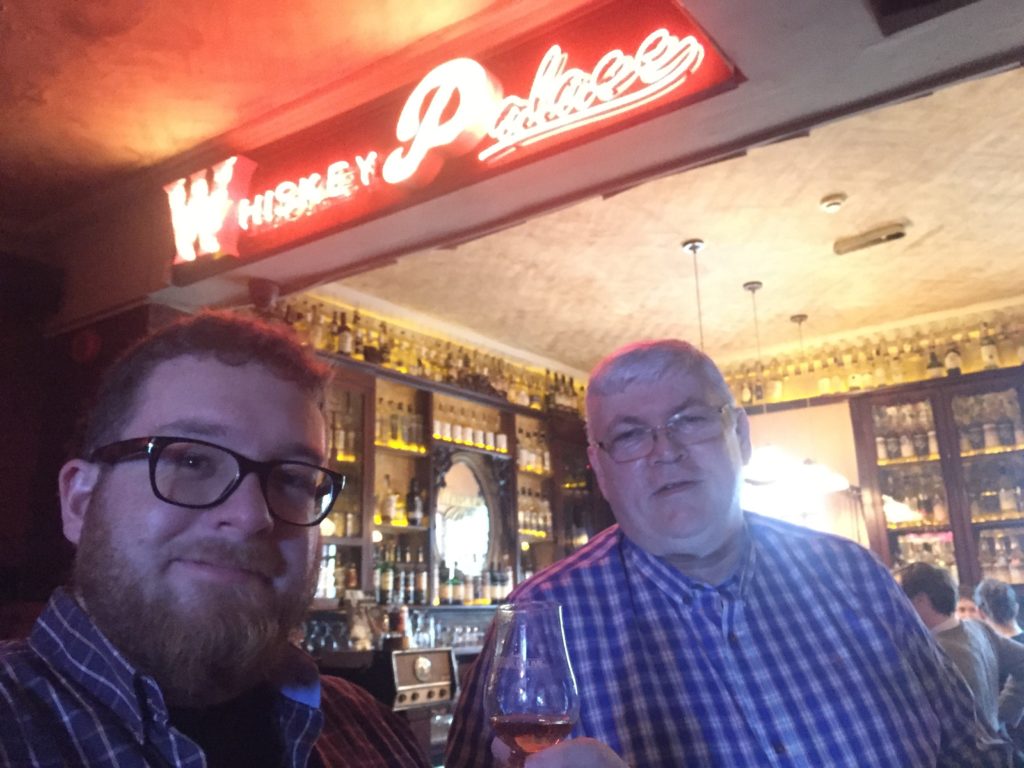 Back to our visit to the Distillery, we were met by Jack and Stephen and spoke intensely about the Teeling story, the brand and the whiskies before being given a personal tour of the distillery by Jack where were were introduced to the Alex, the Master Distiller.

Initially we walked through the ground floor where the history of Teeling whiskey is displayed on the walls along with a vast array of Irish whiskey memorabilia. As we entered the distilling plant, Jack proudly showed us his three pot stills sized at 15,000L, 10,000L and 9000L and manufactured by Italian Company Frilli and lovingly named after his three daughters; Alison, Natalie and Rebecca.

Greg will fill you in on the tour in another article. Once we had seen the distillery, we moved into the tasting rooms where we were guided through many of the Teeling whiskey expressions:

As our day came to an end we were invited by Jack to fill our own bottles, a gorgeous 14 Year Old Olorosso Sherry Cask finish and an outstanding 23 Year Old Sherry Single Cask.

A final visit to the well stocked distillery shop where we managed to buy a 24 Year Old single malt completed a day that was long overdue. We said goodbye and promised to return soon.

For anybody visiting Dublin the Teeling Distillery visit tour and tasting is a must, as a family run business you get much more of the personal touch. 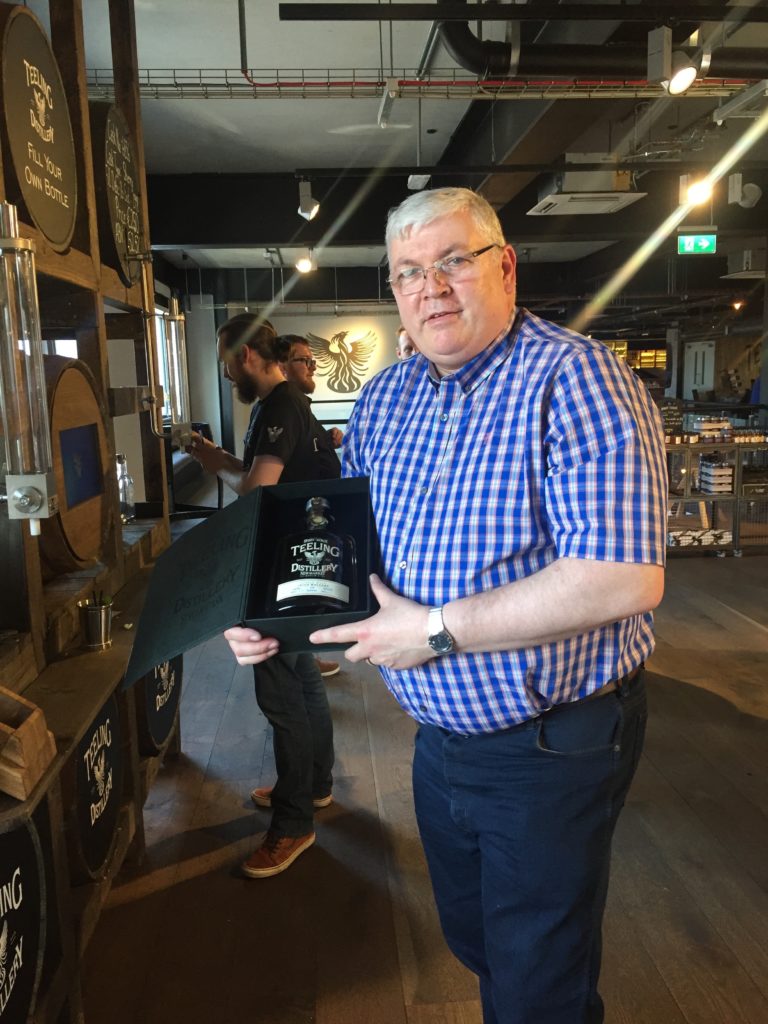 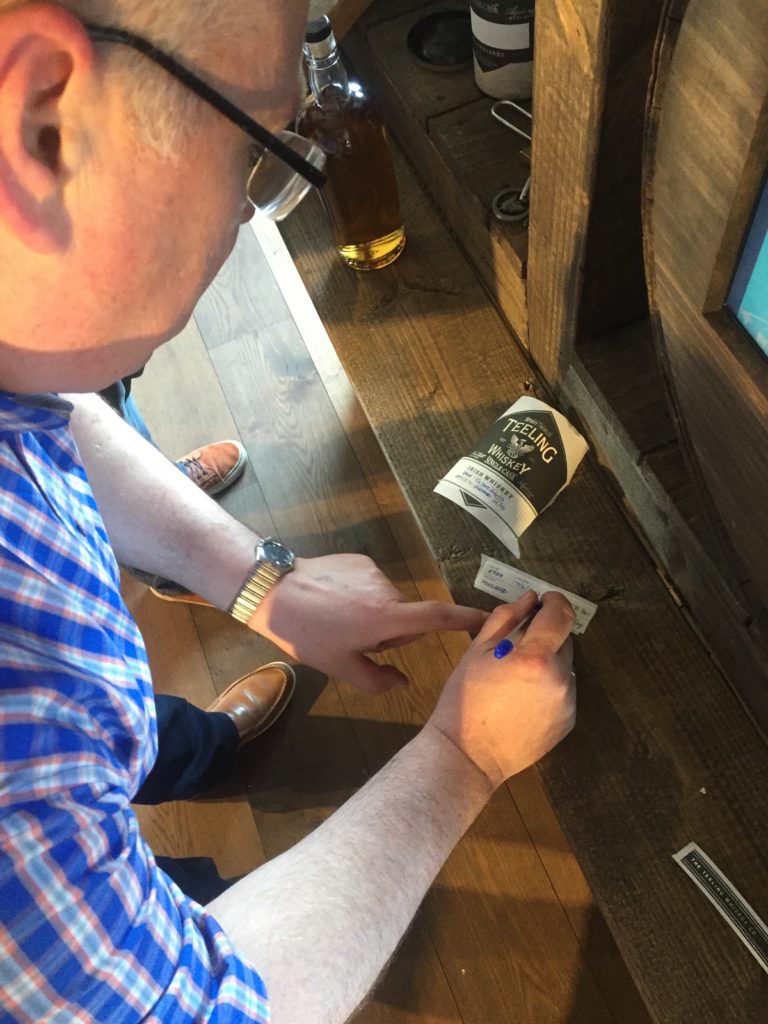 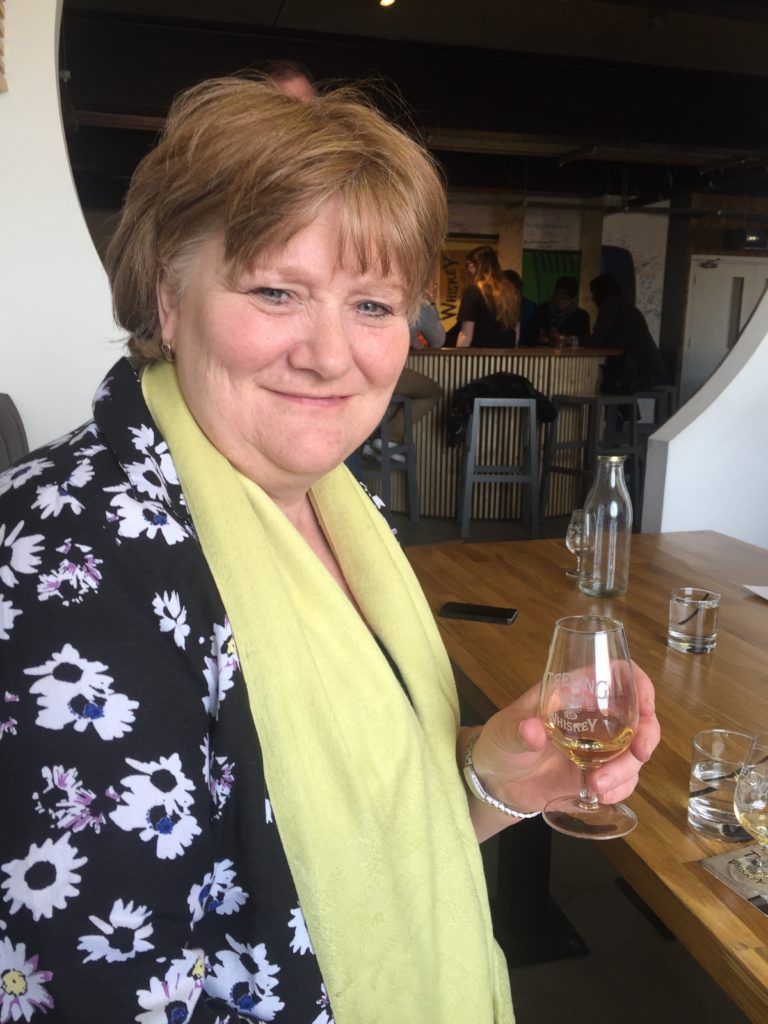 5 thoughts on “My fascination with Teeling Whiskey by Tom Lavin”