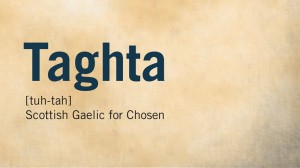 It’s not often you see a whisky created as a true collaboration between brand and fans but that’s exactly what Glenmorangie has done with their Cask Masters programme and the journey to creating Taghta. GreatDrams spoke with Anne Phillips, Senior Brand Manager, Glenmorangie, to find out more…

Glenmorangie Cask Masters was inspired by our fans themselves – Dr Bill Lumsden always enjoys the discussions he has with consumers about whisky creation on his travels round the globe, and so he wanted to allow our fans the opportunity to help create the newest limited edition.

What consumer trends have you tapped into and why?

In working up the idea of Cask Masters, we saw that the trend of ‘crowd-sourcing’ was prevalent in many innovative marketing campaigns. This helped us to shape the campaign so that consumers with different interests could participate at different stages – for example, suggesting a name for the whisky or uploading inspiration images for the design of the pack.

Did responses and inputs from consumers vary depending on where in the world they were based?

We saw a huge variety of responses which varied within each country, as well as between the different countries who participated. This was something we were really pleased about as it was the first opportunity we have ever given our fans to help inspire a limited edition and it was great to see the breadth of response.

What does success look like for the Cask Masters programme?

From our perspective, it has already been more successful than we hoped – we now have a large group of loyal, highly engaged, global consumers who we know have been very active in reading emails, posting suggestions, and voting on the outcome of each round of the campaign.

Was it scary throwing some control of the brand to your consumers?

Overall we were much more intrigued and excited about the potential of the programme. The starting point for us was to ensure that the choice of whiskies consumers had were as ‘unnecessarily well made’ as any of the others in our range, which is why Dr Bill selected three innovative cask finishes which he was really proud of.

Then as we moved through each additional phase, we wanted to ensure that we were allowing consumers to help inspire each decision which was also shaped by a relevant expert – for example Kevin Mackintosh, the world renowned photographer in Stage 4, who took inspiration from consumer-uploaded images in the creation of the beauty shot; or Jon Davies, Creative Director of our design agency, who created the beautiful packaging for Taghta based on inspiring images generated by consumers.

How did consumers react at first? Did they question the social methods of quite a traditional brand?

We had a consistently positive response and actually for many consumers, it marked a return to the type of communication they used to receive from Glenmorangie a few years ago – the only change was that instead of a newsletter it is now an email or a Facebook post. We have always had a reputation for being innovative in our behaviour – for example, we were the first malt whisky to have a website and the first to do TV advertising – and Cask Masters is another great example of an industry first.

What were the weirdest suggestions you’ve had along the way?

We didn’t have many weird suggestions – but we did have plenty of different consumer names in Phase Two, the naming stage. However we felt that ‘the Chosen one’ or ‘Taghta’ in Scots Gaelic was a perfect fit.

Would you do something like this again? If so, what would you do differently?

We always try to keep our marketing activities innovative and engaging for consumers, and it has been fascinating getting consumer inspiration in a whisky creation process. We will definitely consider how to involve and engage consumers in our future activities, as we are all very proud of the end result – Glenmorangie Taghta.

Finally, what are the top three interesting / quirky things that consumers probably don’t know about Glenmorangie?

The necks of our stills are the height of a fully-grown adult male giraffe – 5.14m tall

They are also the tallest in Scotland!

Glenmorangie is Gaelic for ‘valley of big peace’ and is pronounced “Glenm ‘orangey’”, reflecting one of our key taste notes.

25 of the best spirits ads in the world