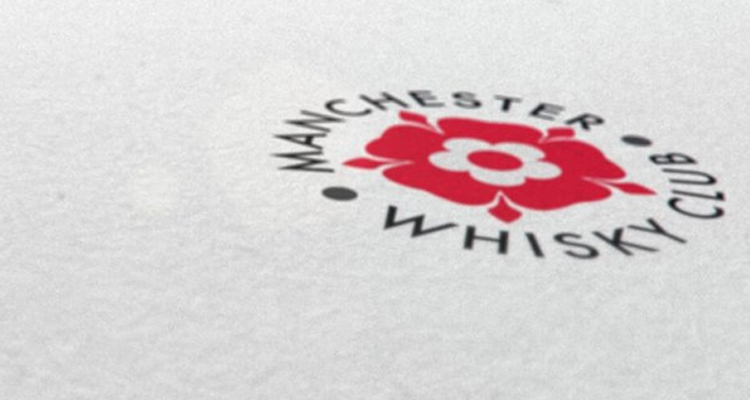 I spend quite a lot of time in Manchester, both for work and to see my other half’s family every few weeks so I was very excited to learn that there is a Manchester Whisky Club so got in touch for a chat, and what a lovely chap their founder Andy is.

GreatDrams: So Andy, tell me about your journey into the world of whisky…

Andy: Well my journey into whisky was more of a falling into it. I found myself drinking Bourbon in my late teens and early 20’s. I was in a band and did tours and gigs across the UK, the clubs and bars we used to play in you could chose from a plastic cup of warm flat Carling or some sort of cheap shots. I always had a bottle of Jim Beam white label to hand. A few years later my uncle gave me a bottle of Bowmore 12. Straight away I fell in love with the depth of flavour and experience of the whole thing. I was hooked.

GreatDrams: What made you start the Manchester Whisky Club?

Andy: About 4 years later I’d been exploring different styles of single malts and blends and I thought, why not share these experiences with other people? I found myself sitting drinking alone, billy no mates. I had friends that would have to odd dram when they came round but didn’t really share the affiliation I had with it, I wanted to try and bring a group of people together to enjoy and learn about whisky. Whisky is a multi-sensory experience and being in good company as well can go on to make some great memories. I think we’ve achieved that and made several friends along the way.

GreatDrams: How did you go about getting the word out there?

Andy: The Manchester Whisky Club officially came into life on 31st October 2012. Initially we started a Twitter page, email address and Blogger account. The majority of our members heard about the Club through Twitter and word of mouth, Twitter is a fantastic tool for promotion though, retweets can really take off. At first I only expected about 4 or 5 people to get in touch but things just snowballed. 2 weeks later we had 15 people asking to become members, to date we’ve got 30 members with an ever increasing waiting list as we’re a bit limited on space and glassware!

GreatDrams: What you feel makes the club unique?

Andy: I think that we’re unique in a few ways. The nights we host are really informal, people that have never tasted whisky before can come to them without being overloaded with jargon (I’m certainly no professional presenter as I’m sure the guys would tell you!). We’re also not for profit which I think is really important as I didn’t start this to make money on the side, it was to get a group of like-minded people together to enjoy some great whisky. We have a diverse and friendly mix of people who have really come together to create more of a community than anything else. Every member has a say on how things are run too which is fantastic, I love hearing people’s ideas and opinions.

GreatDrams: Sounds like a great club to be a part of, so how you choose the theme of each tasting session?

Andy: Good question. To be honest it can be difficult sometimes but the key things are that I try to make the tastings as unique as possible and try to incorporate whiskies that people may not normally think of trying. Our Photo Finish night for example was based around whiskies finished in various cask types, we’ve also got one coming up in July trying whiskies from Commonwealth countries such as Australia and India to celebrate the 2014 Commonwealth Games. We’ve had people try things at Whisky Club and go out and buy them as a result and we’ve then had people say that a particular bottle is grim. It’s all part of the experience.

GreatDrams: I have to ask, what are your top five whiskies?

Andy: It took me a while to answer this! Like a kid in a sweet shop… At the moment though I’d have to say:

GreatDrams: What’s next for the Manchester Whisky Club?

Andy: Well we’re 18 months or so down the line now and things are starting to get a little bigger. We’ve accrued quite a waiting list for membership over that time so we’re going to have to address that. I’m hoping to organise a Club cask share to be bottled a few years down the line. This is very much just a pipe-dream at the moment but a few months back I toyed with the idea of starting a (very) small scale whisky festival in Manchester mainly aimed at getting the smaller or independent distillers down and some independent bottlers. Who knows? We’ll see! Either way I can see us still going strong several years down the line.