The Devil is in the detail according to The Craft Irish Whiskey Co. whose inaugural release The Devil’s Keep just scooped World’s Best Irish Single Malt, at the World Whiskies Awards.

The win across all age categories is all the sweeter for Jay Bradley, the Irishman behind the company as he staunchly believes that when it comes to great whiskey, age has no bearing. 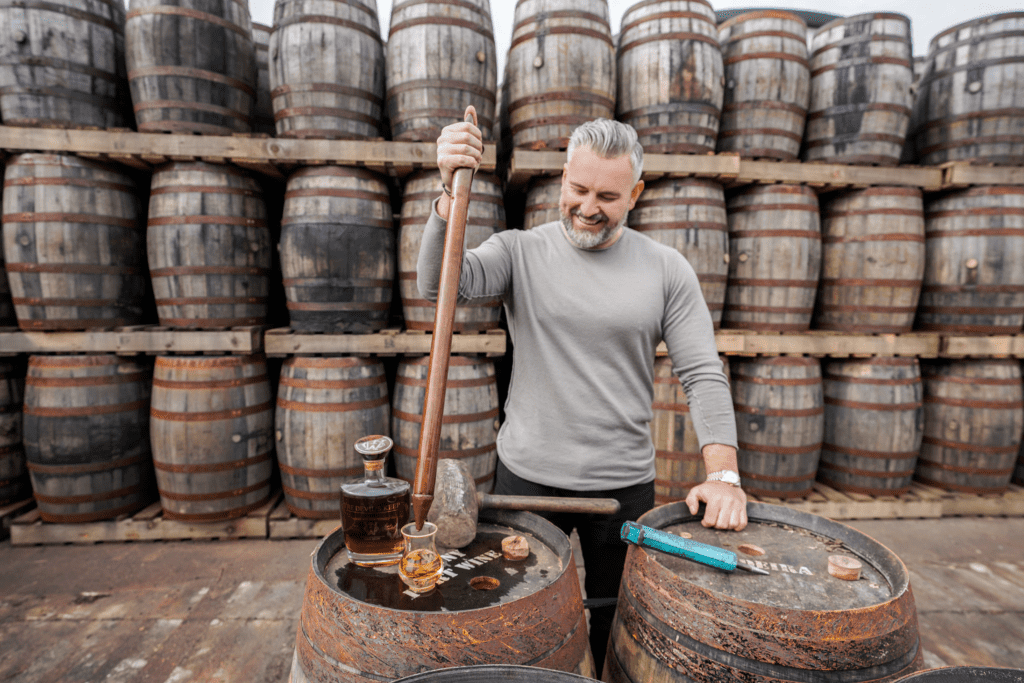 Speaking to GreatDrams, Jay said: “What people don’t know is we narrowly missed submitting The Devil’s Keep to these awards last year as I wanted to leave it an extra 12 days in Hungarian oak. In the final stages it really is just a matter of days that can make all the difference and I was tasting the liquid every day. The Devil’s Keep was distilled in 1991 and was actually 29.9 year’s old when we bottled it. Equally, I could have left it that bit longer in the barrel to make sure it reached the 30-year mark but that would have potentially ruined the finish. We pulled The Devil’s Keep at 29.9 because it was just right, and that’s the approach we take with all our whiskeys. With eight awards under our belt for The Devil’s Keep, I feel that decision has really paid off.”

It certainly seems like The Craft Irish Whiskey Co.’s strategy is paying off. Not only did The Devil’s Keep win the category for World’s Best Irish Single Malt but two of its other releases; The Taoscán and The Brollach achieved silver and bronze making it a hat-trick achievement for the young company. Jay said: “We have ruffled a lot of feathers in the whiskey industry since we began in 2018. A lot of people are probably saying who are this crowd, but that’s okay. We are disruptors. We’ve come in and we have reimagined the process, from adding water first, underfilling our barrels, crafting the flavour and experimenting with new flavours (The Taoscán is the first tawny port and chestnut whiskey) and then elevating the whole whiskey experience through how we present our whiskeys. No expense is spared from the liquid through to the design of the bottle/set. Our Chief Design Officer Tiago Russo is unbelievable and there is so much craftsmanship and detail that goes into each and every one of our whiskey sets and accompaniments.”

And the craftsmanship has elevated The Devil’s Keep to extraordinary heights.

The launch of this rare triple distilled single malt whiskey in November 2020 saw just 333 bottles released. It was the most expensive inaugural first release in history, which sold at auction at USD $60,000 (almost £46,000 and €51,000 Euros), and the oldest triple distilled Irish whiskey in existence, only to be topped by The Craft Irish Whiskey Co.’s second release in February 2021 of the 30-year-old The Emerald Isle Collection. A second edition of The Devil’s Keep is coming soon and a bottle will cost €10,000/£8,300

Winning world’s Best Irish Single Malt is a monumental accolade for any company, let alone a young company, and for their first whiskey no less. Time will tell what’s next for The Craft Irish Whiskey Co., but if the last year is anything to go by, the future looks bright. The Devil’s Keep opens with a nose of the rich aromas of a traditional Christmas cake and Vermont maple syrup, followed by powerful notes of ripe banana, sherry-soaked raisins and hints of 70% dark chocolate adding depth.

The sweetness of golden honey combines with Amarone and accents of dark cherries to add a velvet softness balanced beautifully by a dusting of rich dark chocolate to round off the palate. Rich and warming yet fresh and well-balanced, with supple sweetness and a rich texture.

Beautifully constructed, long, and viscous with remanence of maple syrup and chocolate which opens up the liquid to a fine balance of smooth and rich flavours. Rich and oily on the palate, but not overwhelmingly so, and underpinned with a slightly dry finish, providing an indulgent and inimitable taste that will remain on the taste buds.