Deep in the trendy Red Hook district of Brooklyn is the Widow Jane Distillery.

The Widow Jane Distillery is young in comparison to many of its competitors and has been born during the boom in craft distilleries.  Despite emerging during this trend, their knowledge and passion for innovation is up there with the big boys.

Let’s start off this distillery story with the name. Widow Jane Distillery might seem a bit odd for a distillery (although there are plenty of weirdly named distilleries out there).

It actually has a lot to do with the terrior of the product, a concept that is often spoken about in regards to wine, but not so much Whisky.

Terrior is the idea of origins and how they effect the flavour of the final product. Everything, from water, barley and barrel is studied and understood, so only the highest quality spirit is made.

Widow Jane is the name of a limestone mine in Rosendale. It was once owned by a Mr. A. J. Snyder, whose wife, Jane was well loved by the local community. They named the mine after her when Snyder passed away.

The distillery sources their water from this mine, and attributes the excellent quality of their Whisky to the mineral rich water found there.

So where did it all start?

The Widow Jane Distillery was founded by Daniel Preston and Vince Oleson.  Both are very intriguing people and bring something unique to the brand.

The distillery actually began life as a chocolate factory, where the team made excellent chocolate from beans sourced from the Dominican Republic.

Preston used to work as an aerospace engineer and used these expertise to design the stills used at the distillery.

They are completely unlike any other stills and known as serial continuous stills, which are supposed to bring out all the subtitles of each different ingredient.

Widow Jane is also the only distillery use entirely GMO free ingredients at every point in their process.

The emphasis on quality ingredients started with the chocolate factory, where Oleson and Preston would ensure that only the best, organic and pesticide free beans were used in production.

The producers know the sources of their ingredients intimately, and even get their grain from a town about 10 minutes away from the Widow Jane mine.

This kind of passion and enthusiasm is what makes Widow Jane stand out, and what wins them multiple Golds in spirits competitions.

The world really is their oyster for Widow Jane, and having been bought by Samson & Surrey, they also have bigger backing now.

Samson & Surrey specialise in helping craft brands to maintain their independent feel but still have the backing of larger companies.

With accolades and great success behind them already, the only way is up.

They recently released a 12 Year Bourbon at 99 proof, which is higher than a lot of Bourbons, but is indicative of their innovation and forward thinking. It has been distilled under the watchful eye of Lisa Wicker, who is now the president and head distiller.

Widow Jane is a commitment to great Whisky and great ingredients. They are definitely one to keep an eye out for.

What are your thoughts? Leave a comment below and let’s have a chat

Whisky accessories you have to own

How to enjoy GreatDrams Whisky 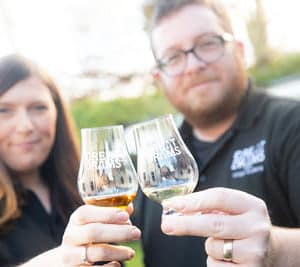 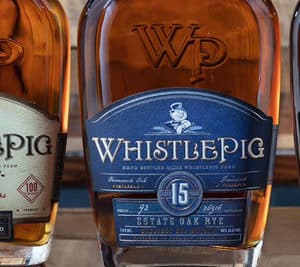