Just a few days ago Diageo announced the launch of their new Roe & Co Irish blended whisky; Roe & Co, according to the label was inspired by the original George Roe & Co distillery, once Ireland’s largest apparently. Interesting stuff.

The press release states that Roe & Co is named in honour of George Roe, the once world-famous whiskey maker who helped build the golden era of Irish Whiskey in the 19th century. His distillery, George Roe and Co extended over 17 acres on Thomas Street in Dublin and was once Ireland’s largest distillery. As neighbours for hundreds of years George Roe and Co and Guinness were the two biggest names at the heart of Dublin’s historic brewing and distilling quarter.

Diageo will now build on this rich heritage with the creation of a new distillery by converting the historic former Guinness Power House on Thomas Street. The new St. James’s Gate distillery, will be situated just a stone’s throw away from where the George Roe and Co distillery once stood and subject to planning approval will begin production in the first half of 2019.

Now here’s another interesting one.

I wonder if this was a long-game plan all along; I’ve been asked about whiskey trends for a number of years now, and numerous people such as the Teeling lads, Ian Buxton, and most commentators in and around the industry have suggested there has been a boom in the Irish whiskey market on the cards for a while, so why would they sell out, only to buy back in? Will just leave that question there and get back to the product.

Visually, I must say, I’m impressed with it.

Nice bottle structure, lovely embossing on the front that acts as the placeholder for the brand’s icon and foiled logo sticker, the lower label tells me it is blended, non-chill filtered, a product of Ireland, batch 2, bottle 1308 and that it was aged in bourbon casks to be bottled at 45% ABV.

45% is a curious one; normally ‘mass market’ blends, or ones with a desire to become mass market are bottled at around 40, 43 or 46% ABV, not 45% – wonder what effect this will have on the flavour when I get to tasting it.

The stopper too is a nice touch.

Oak-effect wood holds the cork, with the brand’s logo and name on the top; all my consulting clients will tell you I bang on about this, but all too often brands, including Diageo right up to their Special Releases, use a marque-less stopper that is easy to discard and leaves no small memory of the brand in consumers’ hands once the bottle is finished. Nice to see Roe & Co Irish blended whisky using what is a fantastic design canvas well.

Now on to the liquid.

On the nose it is initially quite punchy, quite spirit-y – that will be the 45% – then quite malty with a strong vanilla oak influence developing in the glass with air. Overripe pears and tannic notes are present too. What feels like a wine note is there, but I’m not sure how given its provenance, maybe it is a form of grape I’m detecting.

The palate is lovely; creamy, sweet with an ever-so-swift ping of cayenne spice, the vanilla and oak influence is there still but the whiskey thickens as you hold it in your mouth and becomes very very silky. A surprisingly long finish filled with white pepper spice and a mouth-coating that makes you want another sip.

A lovely whiskey that is definitely an interesting player in the premium Irish whiskey segment, I’m sure, when released fully, Roe & Co Irish blended whisky will do very well, and rightly so. 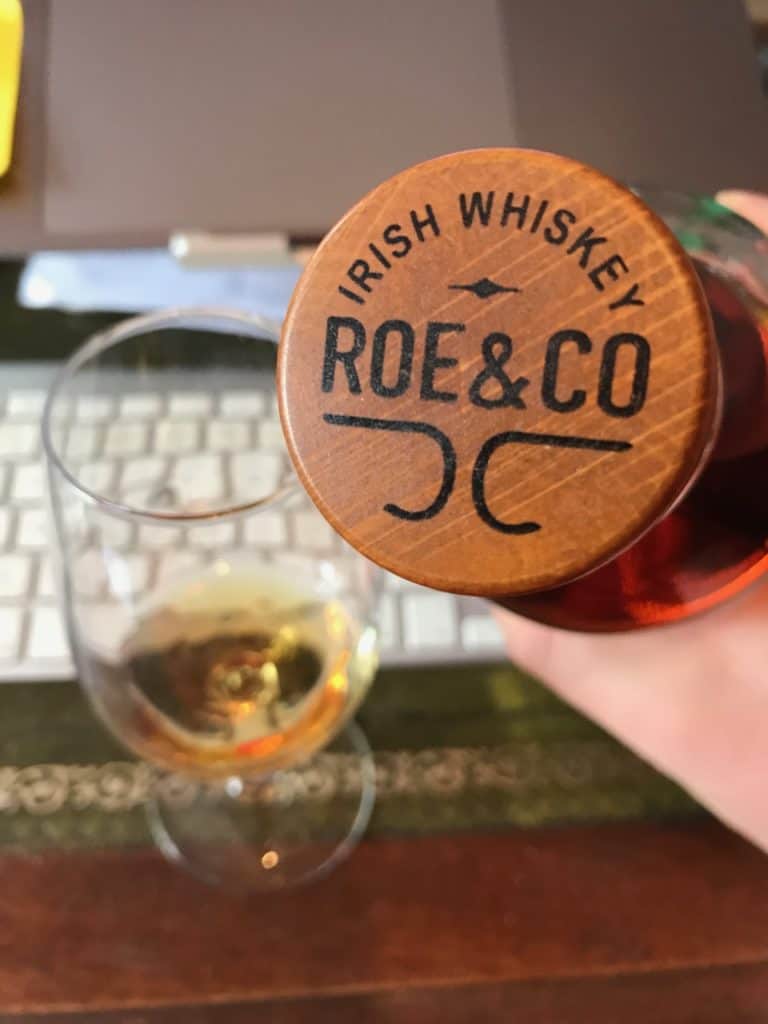 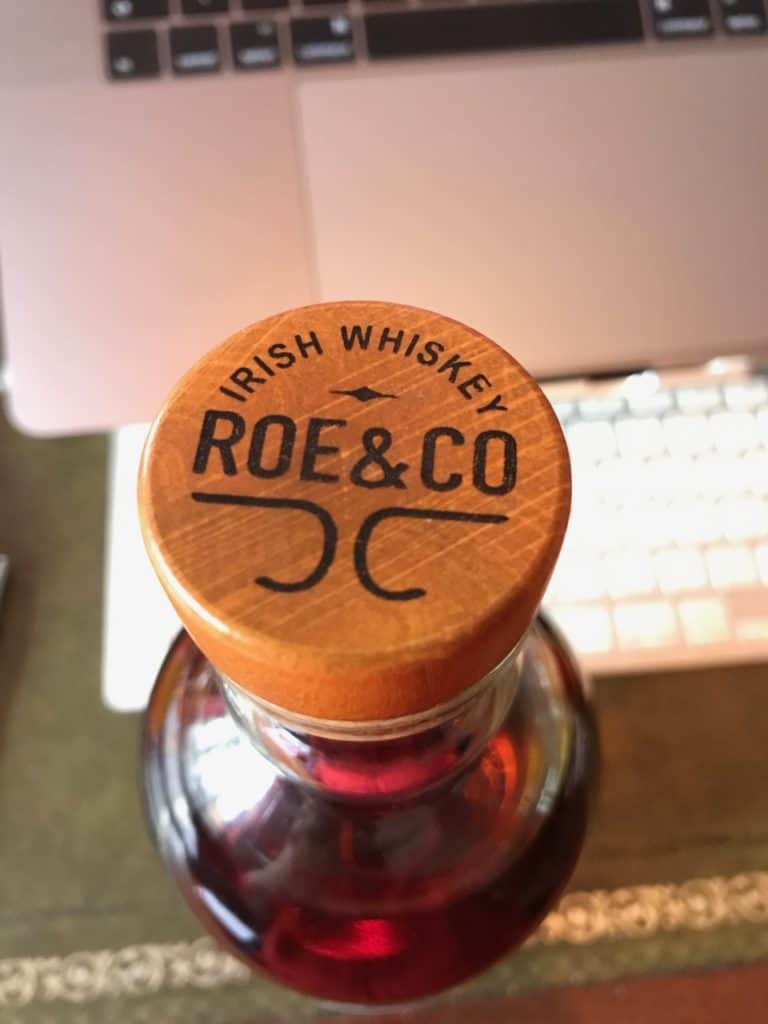