Connemara Whiskey was created to reflect the wondrous landscape of Ireland.

That might seem strange. But then consider Connemara, the place. As the people behind Connemara Whiskey well know, it’s a beautiful place situated on the West coast of Ireland, filled with rolling mountains and a glorious seaside that will leave you in awe of your surroundings.

The Kilbeggan Distilling Company’s attempt to bottle natural beauty has led to the award-winning Connemara Whiskey, so, presumably, they’re doing something right.

This malt has been triple distilled and, as well as being created to reflect the landscape of Ireland’s West coast, it’s also a great expression of the long history of Whisky distilling that has gone on before it.

Connemara Whiskey has been largely celebrated within the Whisky world, having received several gold medals as well as the title of World’s Best Irish Single Malt Whisky.

It certainly has a flavour that stands up to that title.

The nose opens with peat smoke and heather.  These go perfectly together, strolling hand in hand over earthy undertones and a subtle malted quality.

The heather is slightly sweet and is joined by honeyed notes that give it richness and depth.

The peat is solid and steady, holding back so as to not overwhelm, but with a distinct presence.

These flavours are boosted on that palate, with lots more peat and earthy tones.

The honey grows into a vanilla oaky note and the barrel can really be tasted.  It is distinct and thick, combining its sweetness well with the tang of the smoke.

The malted qualities of the dram shine through quote well on the palate, with a sort of sweet bicuity base.

The peat smoke rears its head again in the linger, which is long and filled with smoke and honey.

In some respects, the Kilbeggan Distilling Company’s attempt to bottle natural beauty seems comical… but then it’s led to an Irish Whiskey that’s picked up award after award, placing itself into the history books it set out to reflect. For any Irish Whiskey fan (and to be honest whisky enthusiasts in general), you won’t go for wrong with Connemara. 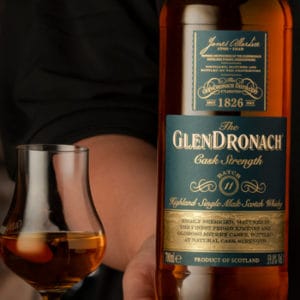