Quirky Quercus – a look at how wood influences whisky

Oak barrels are an essential part of the Whisky making process.  Not only do they house the liquid during the maturation process but they lend a LOT of their flavour to the overall taste. How wood influences whisky is very important.

Whisky can spend decades in the same barrel, soaking up rich flavours and really getting to know the wood. The influence of wood on whisky is huge.

Oak is a good wood to use to make Whisky barrels, as it is sturdy yet porous.  In other words, it will hold all the liquid in without leaks but at the same time is permeable enough to allow the Whisky to interact with and absorb the flavours.

There are several different types of Oak and each one imparts a different flavour.  The three main ones used in aging whisky are Quercus Robur (European Oak), Quercus Alba (American Oak) and Quercus Mongolica (Japanese Oak). 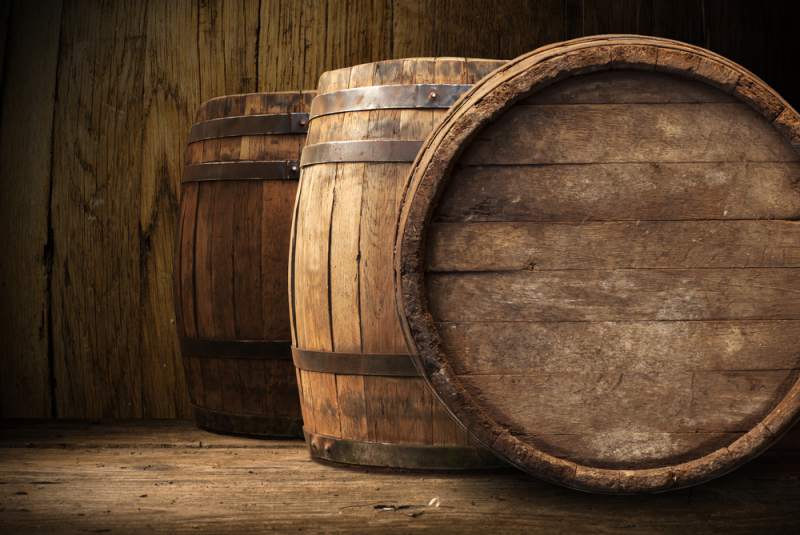 Let’s take a deeper look at how wood influences whisky.

Most wines are matured in European Oak and this used to be the traditional choice for Scottish and Irish distilleries as well.

The two most popular types are Spanish and French.  French Oak is popular in the wine trade as it gives out a fruity flavour.  These casks are used to finish Whisky, giving it that last little fruity kick.

Sherry casks are also used to sweeten Whisky and also give it a spicy and fruity flavour.  Many people think that these are primarily made out of Spanish Oak, as that is where the wine is made.

However, these casks are more likely to be made out of American Oak as this wood is less porous and therefore less liquid is lost to the Angel’s share through evaporation.  In a hot climate like Spain it is economical to choose a denser wood.

Sherry Casks also give a wonderful spiciness to the Whisky, with cinnamon and cloves really coming through. Bourbon, being a good ole American classic is mostly, if not always, matured in good ole American Oak.  Today, Scottish and Irish distillers have moved the same way, with around 90% of their barrels being American Oak.

Bourbon barrels also tend to be slightly charred to give a nice smoky boost.  The wood plays an important role in creating this flavour, as without it, the flavour would not be as intense.

According to Bourbon law, which should really just be common law, Bourbon barrels cannot be reused to house more Bourbon.  At this point, they get shipped out to Scotland and Ireland to be reused for maturing Whisky.

Charred American Oak gives a great smoky yet sweet flavour.  Vanilla and all its offshoots, including honey and caramel are the telltale signs of an American Oak cask.  It also carries some nutty and spicy flavours, like almonds and nutmeg. And that just leaves Japanese Oak, which is of course mostly used for Japanese Whiskies.

Japan opened its first distillery in the 1920s and by the 1930s Japanese Oak became the most popular wood for maturing Japanese Whisky. Unfortunately, Japanese Oak is a very soft and porous wood.  This makes it more prone to leaking and of course nobody wants a leaky cask!

As such, like most of the rest of the Whisky world, Japan turned to Sherry and Bourbon casks to mature their liquid. They still use the Japanese Oak casks for finishing their Whisky, giving it honeyed, floral flavours with a slight hint of wooded spice as well.

The Oak is vital to get right if you want to make a great dram and with these multicultural choices you can’t go wrong!

What else do you want to learn about how whisky is made? let us know in the comments!

The new GreatDrams Islay Single Cask Single Malt bottling: why it means so much to us, and hopefully to you too