If you’re looking for a whisky shop with authenticity and passion for the good stuff, then look no further than Milroy’s of Soho.

Originally opened by John and Wallace Milroy in the swinging 60s and it was once known as the Soho Wine Market. They clearly hadn’t got their priorities straight and realised that whisky is obviously the superior spirit!

But they eventually did, and Milroy’s of Soho was born, much to joy of whisky lovers everywhere. The shop is now the largest selection of whisky in London and what true appreciator of a fine dram could say no to that?

The brothers discovered their own passion for whisky through the shop. John went on to produce bottles of whisky under his own name, and Wallace wrote the legendary Malt Whisky Almanac.

The two brothers earned their names in the world of whisky through the shop, which is a testament to the legendry status of Milroy’s itself. Mark Reynier, who went on to reopen Bruichladdich Distillery with great success, also ran the shop for a time after the Milroys.

And with a shop as brimming with Whisky history and international drams as Milroy’s is, it is no wonder people respect it so much.

Selling whiskies from all over the world, this is a great place to find your old favourites as well as some new ones! The extensive range offers a great chance to really discover more about your own passion for the good stuff!

And with a bar on the ground floor you have the perfect opportunity to try new drams then and there!

With every kind of Scotch imaginable as well as international favourites from places such as the USA, Japan and even South Africa, there is a lot to keep you interested in Milroy’s bar.

And if you can’t make your mind up they even offer a Whisky flight (not a literal, hop-on-a-plane flight, but a selection of several drams to try). This is a great way to find new drams to enjoy and add to your own Whisky cabinet.

And with a shop as extensive as Milroy’s in the next room, you’ll definitely find something new to bring home!

But if you find yourself overwhelmed with the choice of great Whiskies, then do not fear! Milroy’s bar also offers a wonderful selection of wines, beers and cocktails. You are sure to find something to enjoy!

If your struggling to find something new to enjoy, then why not ask some of the bar staff about Milroy’s own bottlings! This shop has everything! A bar, and its own bottlings!

Chosen from the best casks from the best distilleries, both in Scotland and worldwide, there will be something in this collection for everyone! But make sure you get in there quick, as many of the bottles are limited edition and get snapped up in no time.

So if you’re ever milling around Greek Street, then a visit to Milroy’s is a must! What excuse do you have no to? 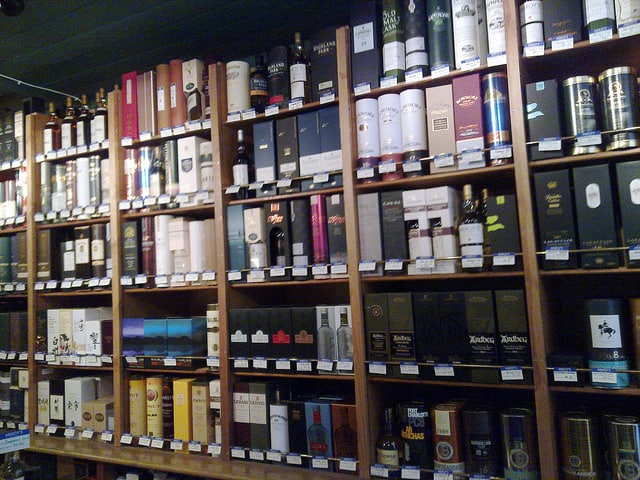 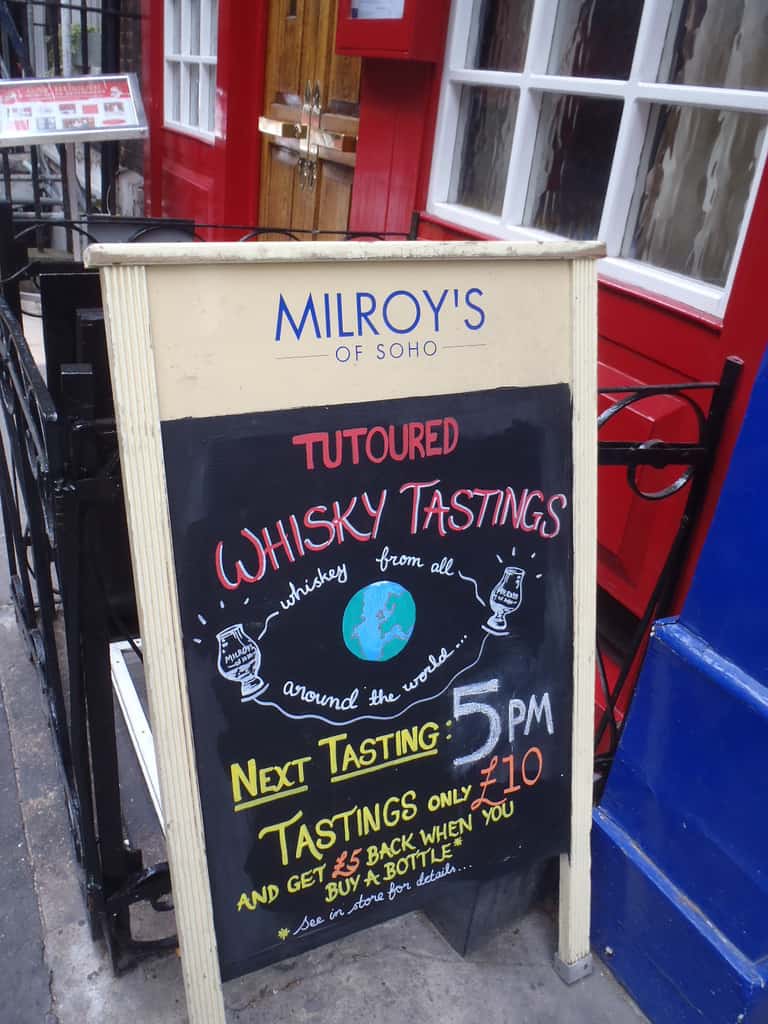