Aber Falls opened its doors in 2021 and at the time was one of only two distilleries in the entirety of Wales. Penderyn, the other one, has been open for nearly two decades.

Thankfully both distilleries are at opposite ends of the country, so there isn’t much competition between them. They are also now joined by three other distilleries, including Penderyn’s second location in Swansea, Coles Distillery in Carmarthenshire and The Welsh Wind Distillery in Cardigan.

Aber Falls Distillery is based in Abergwyngregyn, a village in the foothills of Snowdonia. They have already produced truly stellar whisky, showcasing their innovation in maturation techniques. Releases so far include a single malt matured in Oloroso, Pedro Ximenez, Bourbon and virgin oak casks as well as another distillery exclusive single malt matured in solely in Pedro Ximenez casks. 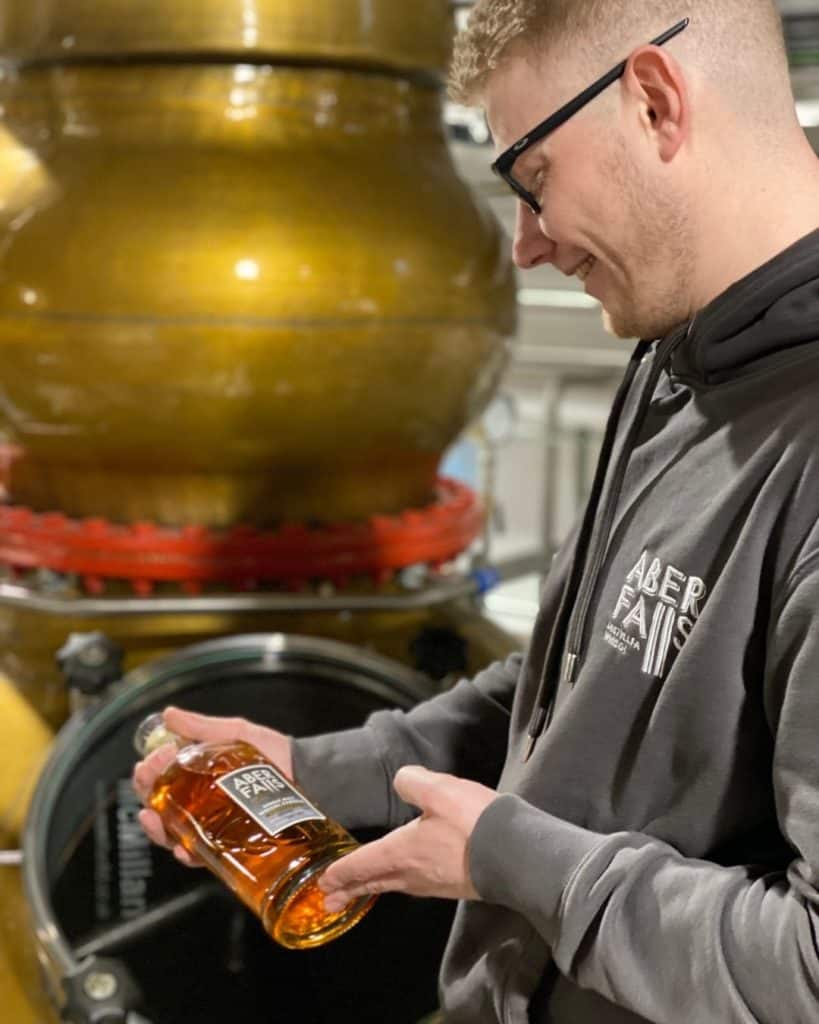 This release is another single malt, this time matured in casks that held orange wine. Available exclusively at the visitor centre, this is a brilliant malt that is full of flavour and deserves to be savoured.

The nose opens with notes of malted grains, ruch citrus fruits and milk chocolate. It is delectably sweet and has a lovely note of oak wood to add a deeper edge overall.

The palate is full of oranges and sweet dessert flavours. There is a darker edge of espresso and cigars, but the orange ties in perfectly with this. Caramel and toffee add a lovely chewy texture.

The finish is bold and full of orange, oak wood and vanilla.

This high quality single malt whisky isn’t overwhelmingly sweet and has all the right notes of oak wood, vanilla and orange coming through. We’re excited for what else Aber Falls have up their sleeve if this is what they’re producing now.

Have you had the chance to try Aber Falls Distillers Cut Wine Made from Oranges Cask Single Malt Welsh Whisky? Let us know what you think in the comments!