You’ll likely have seen a lot of my musings around the Great Drams website but what I haven’t shown you yet is my rather intriguing whisky cabinet.

I’ve actually been buying whisky habitually and with a view to collecting (not for profit but for variety and sociability when friends, clients or family are visiting) and it was not until just this week that I found two photos of how my whisky cabinet used to look before I got ‘really’ serious about my passion. 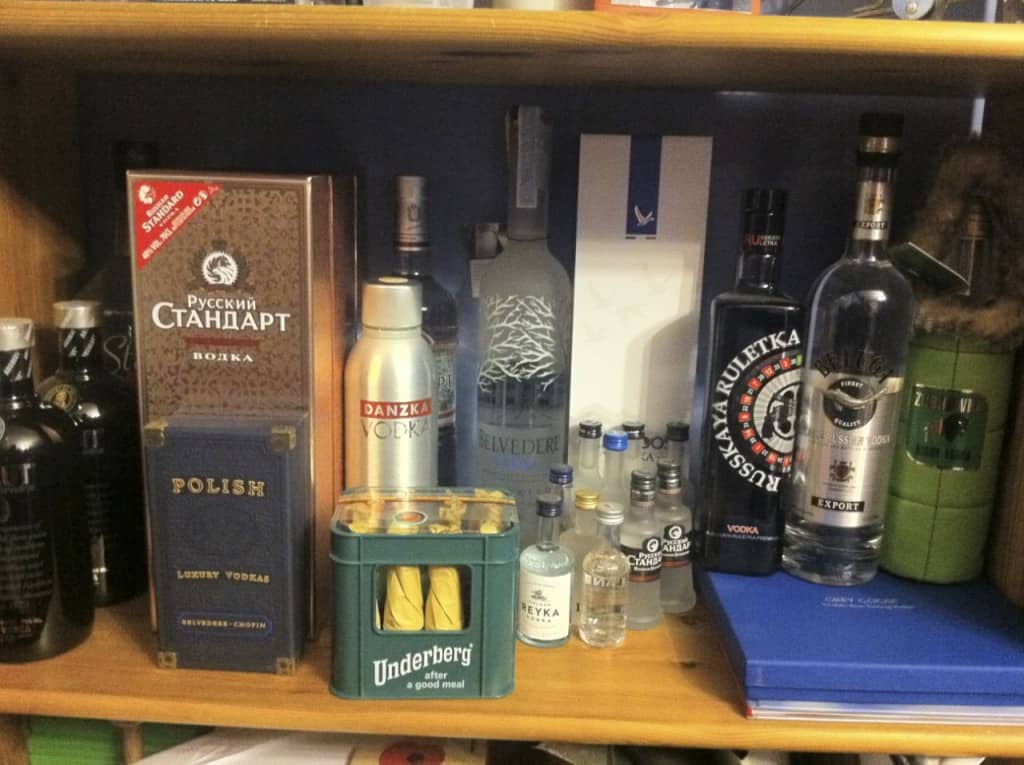 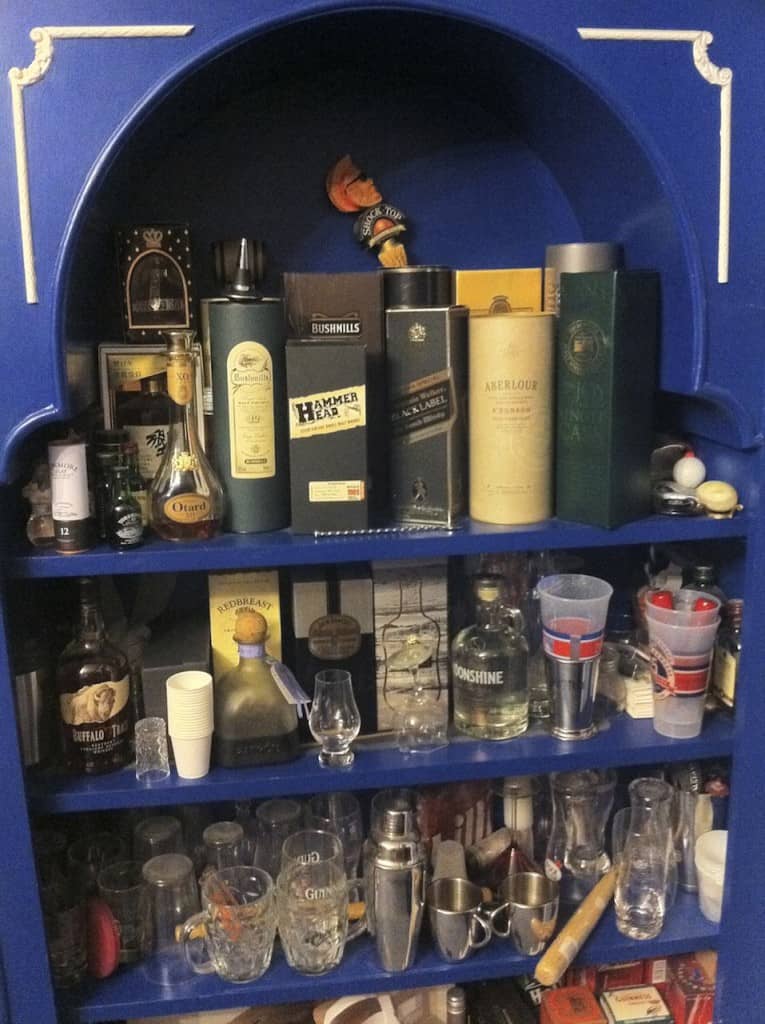 Back then I had managed to accumulate sixteen bottles of whisky, a load of vodka and a bizarre collection of glass wear.

I was in my ‘what the hell do I like?’ phase where I bought whatever piqued my interest, only from familiar names of distilleries and didn’t really know what I was doing.

And that was no bad thing. This is how it should be.

Fast forward five years and I have owned over two hundred bottles, rarely going back to one I’ve bought before, always opting to try something new, something rare, something I’ve never seen before, something I previously could not afford, something I have been told is not to be missed or something never before seen in the whisky market such as a limited edition.

The collection itself has moved from a couple of spare shelves wherever there was space to a full on Bond / Gatsby style cabinet hidden away behind a mirror in mine and my other half’s bedroom complete with a shelf for glasses and the volume of miniatures I pick up on my travels as well as a photo of my late father who enjoyed his malts very much.

From humble beginnings of only buying from major brands such as Johnnie Walker and Bushmills and only drinking either Scotch or Irish, I have expanded the collection to include all kinds of random whiskies from all over the world including: 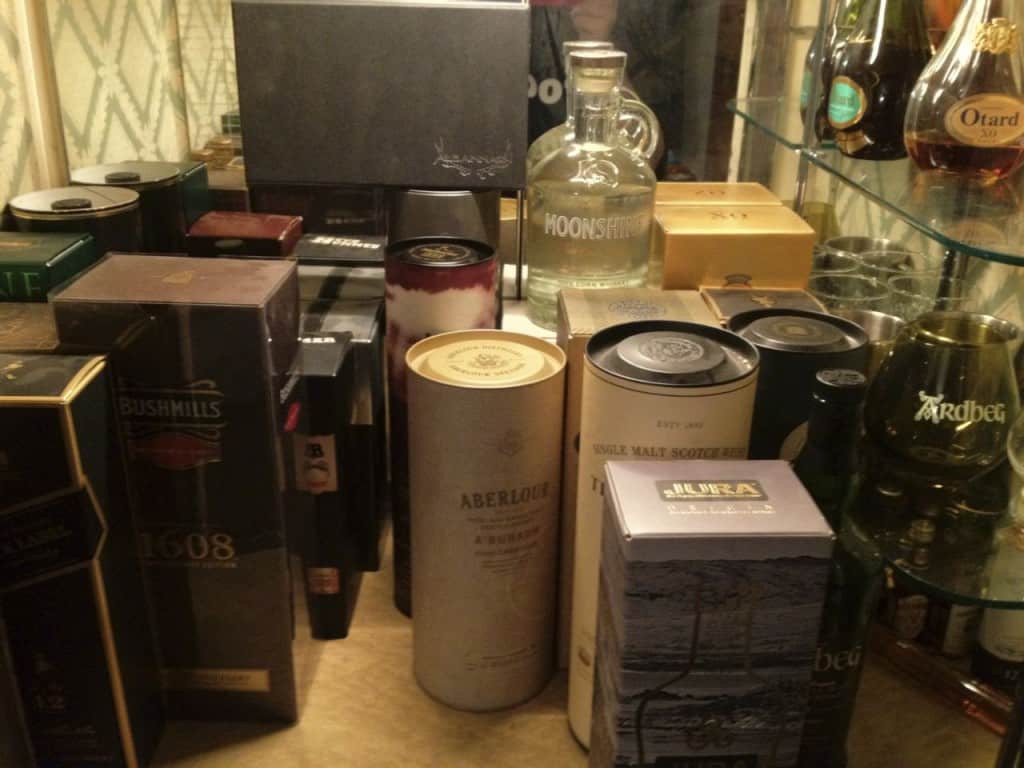 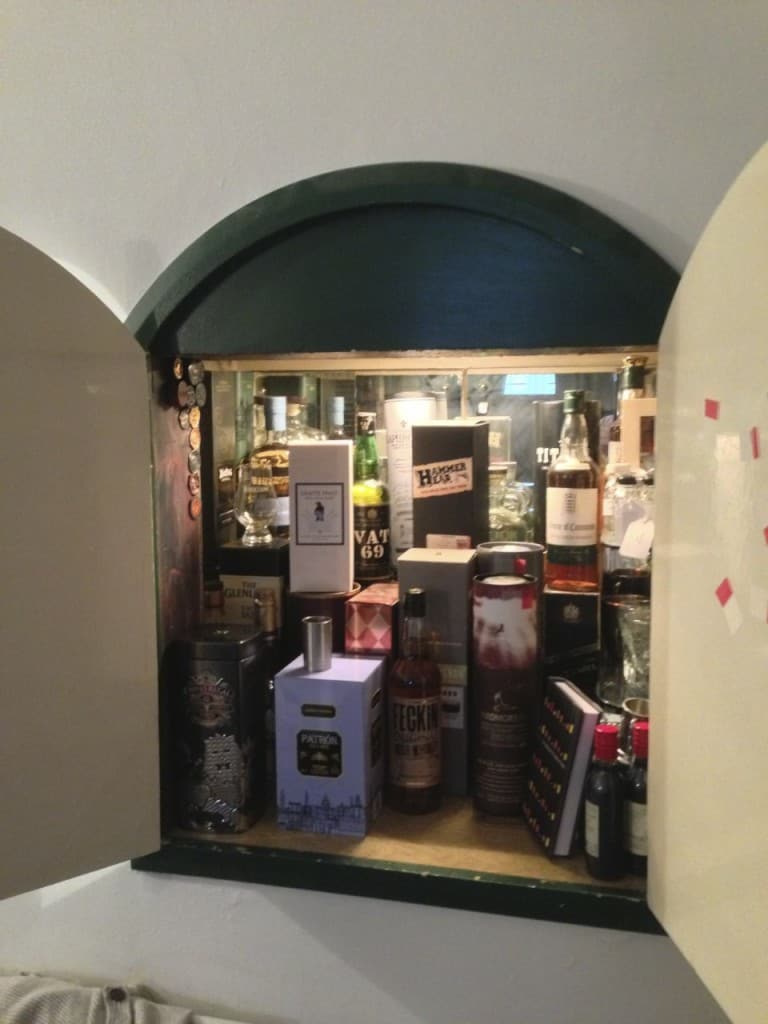 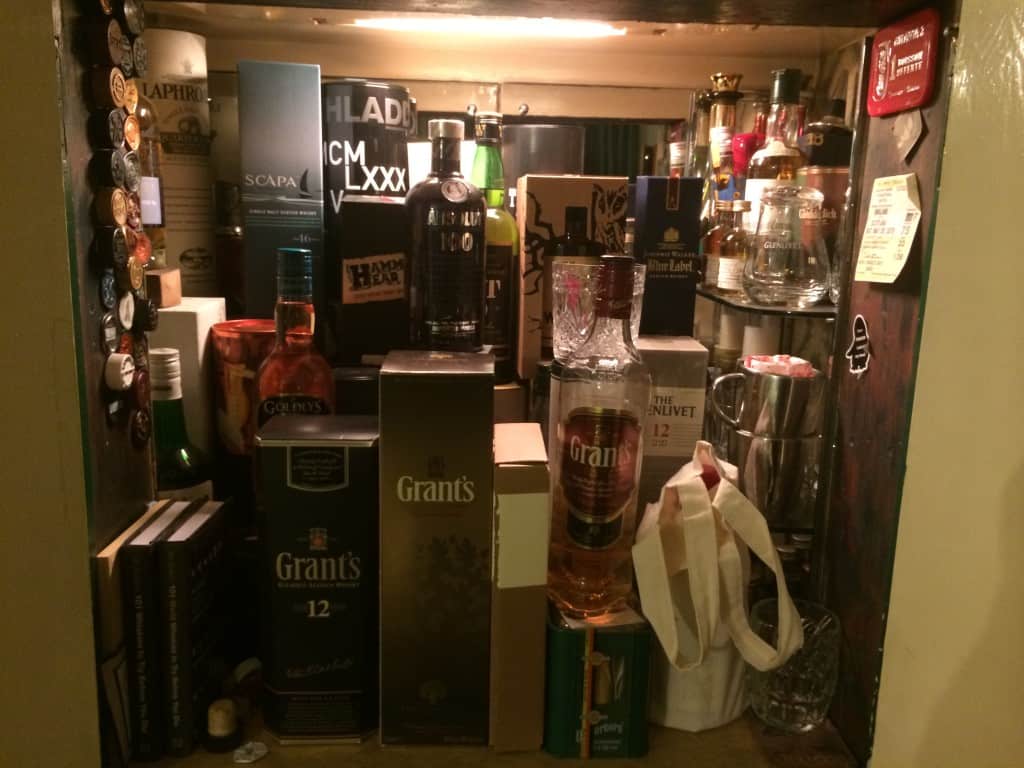 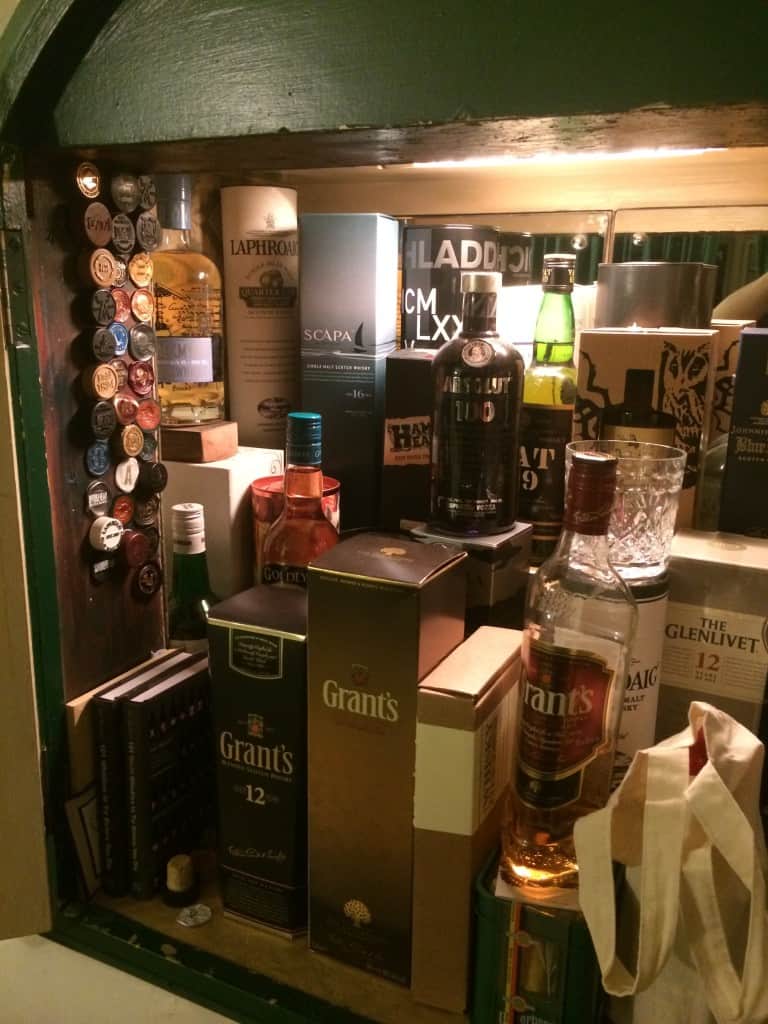 As I’ve been reflecting on how my approach and how my taste has changed, from only drinking peaked or smoky whiskies, mostly from Islay, to being open to trying everything in order to better understand something so steeped in history, heritage and intrigue it made me think of a set of ‘rules’ for being a whisky connoisseur:

On a side note, I also keep the cap / cork from each bottle I finish and mount it on the inside panel of the cabinet, not only as a talking point but as a reminder of what I’ve tried and what I’m still to enjoy.