Following the sell-out within weeks of their inaugural ‘First Drop’ release, House of Hazelwood today unveils its much-anticipated Autumn Collection of eight rare and old Scotch whiskies. Hand-selected from the once-private collection of the Gordon family, the release contains some of the most sought-after and remarkable Scotch whiskies in the world.

The rarest within the collection, with just 74 bottles available worldwide, is the aptly named 1963 release – ‘A Singular Blend’. This remarkable single distillery blend comprises grain and malt components distilled within the very same Highland distillery in the same year of production, 58 years ago. A Scotch whisky of such provenance has never before been offered for sale at this age.

House of Hazelwood launched its inaugural collection in May this year, with the ambition to open the doors to the diverse range of rare, aged and storytelling whiskies laid down by the Gordon family over the last hundred years, none of which can ever be repeated.

Describing the Autumn Collection, which is now exclusively available to pre-order online, House of Hazelwood Marketing Director Jonathan Gibson, said: ‘Our Autumn Collection speaks not only to the breadth and depth of the inventory that we are privileged to work with but also to the character of those family-members who built the stocks over the course of generations. These are truly remarkable liquids; the consequence of remarkable thinking, of brave decision-making and the luxury of time that private family ownership brings. No whisky exemplifies this more than A Singular Blend – a rare composition, unheard of at this age with a truly outstanding character that makes it at once a joy to drink and a treasure to collect.’

As with the inaugural collection, eight whiskies have been released across two ranges: The Charles Gordon Collection and The Legacy Collection. The collection ranges from The Lowlander, an unusual 36-year-old release at £950 RRSP bringing together mature spirit from across a number of Scotland’s Lowland distilleries to ‘A Singular Blend’ aged 58 years and with an RRSP of £4,900.

‘These are tremendous whiskies – greatly aged, complex, outstanding on the palate. However, what really sets them apart are the stories behind them. Every bottle is an invitation into the Gordon family’s ways of working – a very personal connection to a different era, a different mindset. We should be in no doubt that these whiskies are heirlooms and none more so than the 1963 release A Singular Blend. To see a whisky of such provenance available to purchase is a remarkable thing – and for those lucky enough to try it, the liquid character is breath-taking.’

The House of Hazelwood Autumn Collection is available exclusively for pre-order from www.houseofhazelwood.com throughout October, with sales of the highly sought-after ‘A Singular Blend’ limited to House of Hazelwood Keyholders and existing buyers throughout this period. With just 74 bottles of ‘A Singular Blend’ available worldwide, a significant number of the bottles have already been reserved by existing buyers.

A legend within the Scotch whisky community, Charles Gordon spent much of his youth at Hazelwood House and in later years was fundamental in bringing in some of the earliest stock that was laid down for the House of Hazelwood Collection This eponymous collection of rare and old Scotch whiskies represents some of the most remarkable stock held within the inventory – every cask aged for at least fifty years, every bottle with its own story to tell.

Unprecedented at this age, the most singular of blends is composed not only of whiskies from the same region but scotch whiskies from the very same Highland distillery – with both grain and malt components stemming from the same year of production at the same site. Matured for 58 years in American Oak the blend has over time, taken on rich layers of complexity that complement and enhance both aspects of the distillery character.

Certain whiskies have the ability to transport the drinker back to lost places that cannot be revisited any other way. Such is the case with this remarkable aged malt, rich with the treacle toffee, liquorice and candied fruit notes found in old sweet shops. Warming, enormously

satisfying and lightly drying on the finish, years of marrying in refill sherry butts have created a fully unified wonderfully evocative malt whisky.

Distilled in 1972 and initially aged to near perfection in a combination of European and American Oak this blend embarked upon a brave new chapter through a ten-year secondary finishing period in active ex-bourbon barrels. Such a process is unusual but has added fresh vigour to the already weighty blend – a testament to the power of new beginnings and a reminder that it is never too late to embark on the next chapter.

Some blends are so compelling that a little mystery only adds to their allure – and such is the case with this gloriously mature scotch whisky. While the precise provenance of its component parts were lost, we can say that the elements were distilled in 1978 and blended in 1989. An exclusive secondary maturation for a further 33 years in a single refill butt has created a blend of exceptional quality. 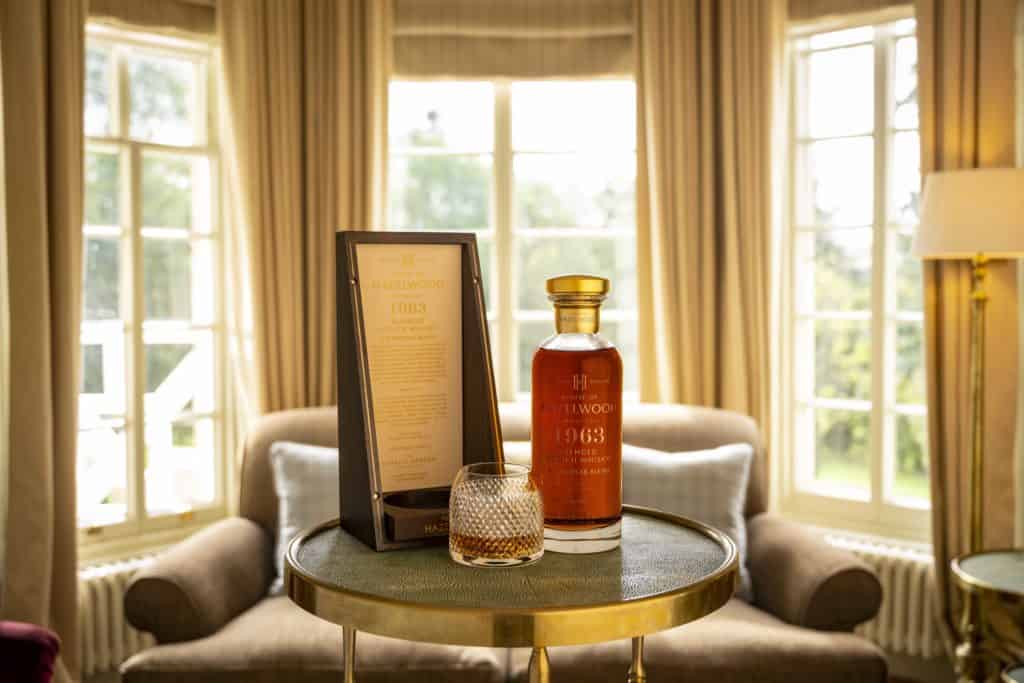 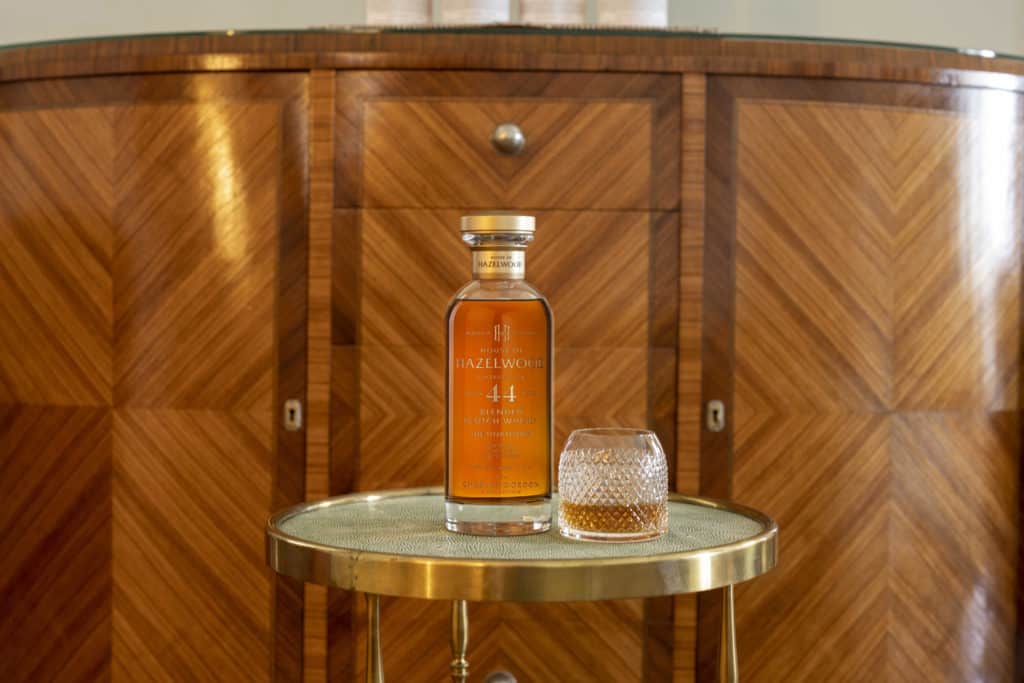 Every whisky laid down within the House of Hazelwood inventory represents a legacy for future generations to explore and enjoy. The Legacy Collection showcases some of the brightest highlights of the inventory, comprising whiskies of exceptional character and provenance, each with a story to tell. Within the collection are whiskies that are the first of their kind, the last of their line, those that capture the spirit of an era and those that offer insights into the inner workings of the Scotch whisky community.

This exceptional blend of aged grain whiskies from across Scotland possesses a character that is stunningly clean, fresh almost minty on the palate. A showcase for the diverse, beguiling identities that old grain whisky can take on, its invigorating, reviving and entirely unique character offers something new for even the most experienced of palates.

This beautifully balanced malt whisky takes us on a meandering journey through Scotland’s Islands – from dry and herbal to luscious and fruity with a delicate trail of woodsmoke always present in the background. An astonishingly complex, wonderfully evocative release redolent of the remarkable islands from which it hails.

Celebrating all that aged grain whiskies can bring this highly unusual release brings together the distillery character of eight of Scotland’s closed and active grain whisky distilleries. Combining the rich and unctuous decadence and bright citrus notes characteristic of the component distilleries, this release is rare, unrepeatable, and utterly delicious.

Bringing together the strengths of a number of Scotland’s Lowland distilleries this unusual release celebrates what is often an overlooked region within the world of Scotch whisky. Bright and crisp in character with notes of granite and spun sugar this is a showcase for the merits of Lowland distillation and maturation. 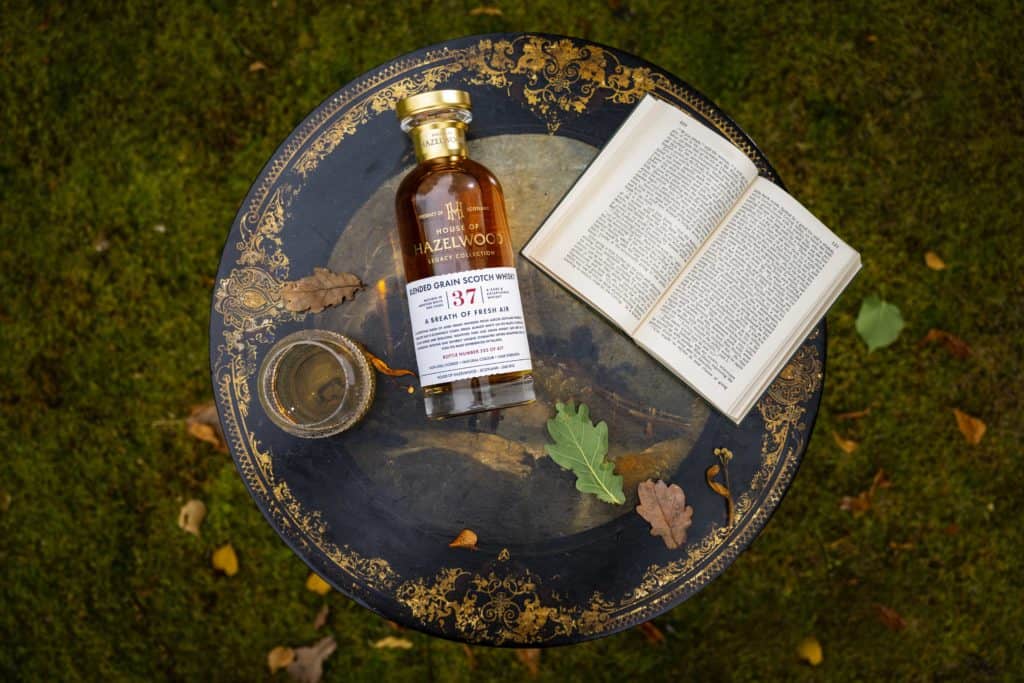 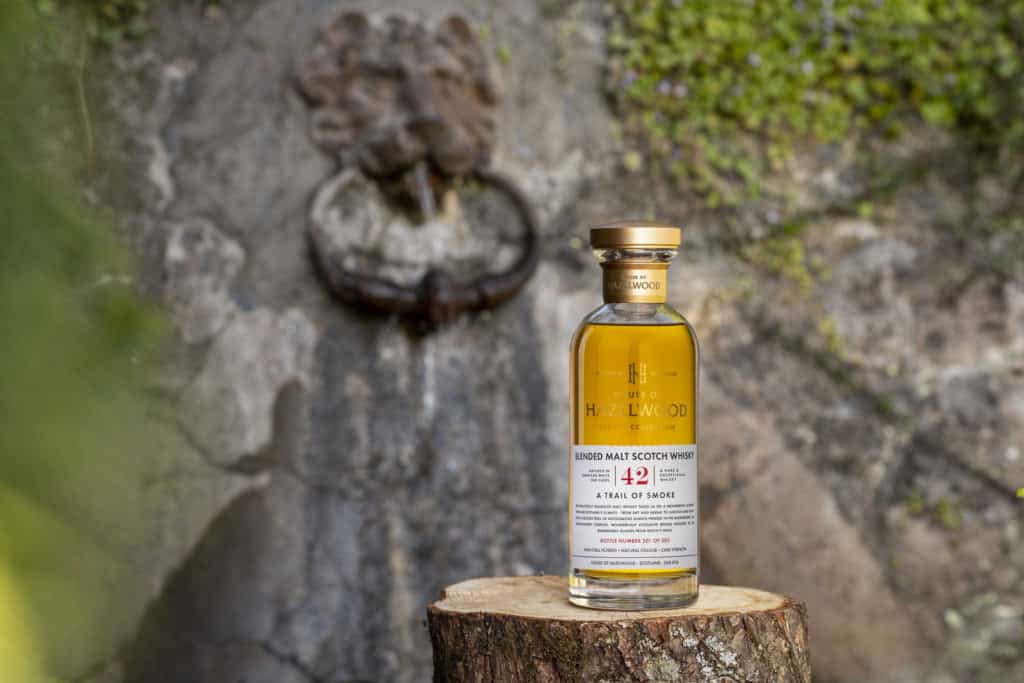 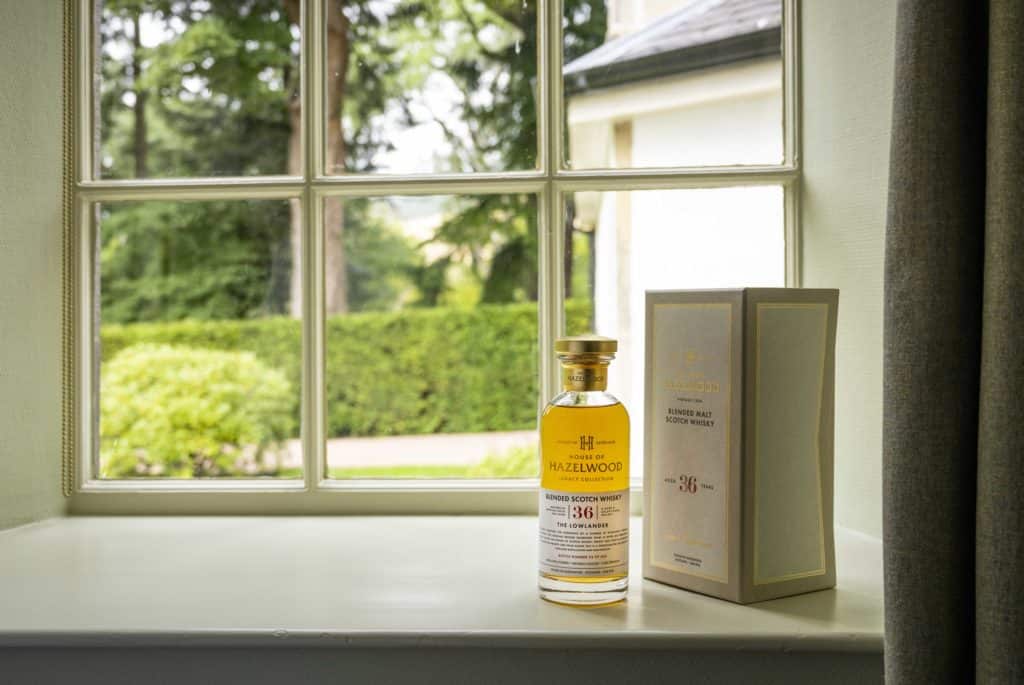