GreatDrams gets hands on with Diageo Special Releases 2017

Oh holy wow it is that time of year again where Diageo release the Diageo Special Releases 2017 and you hope to Christ that come mid-August you have had the invite land in your inbox, as it is never guaranteed and I treat each year as if it might be my last. You just never know, so why waste the brilliance?

For those who don’t know, Diageo Special Releases 2017 is essentially one of the pinnacle events of the year for whisky writers, bloggers and trade partners where we get to try the best of the best of what Diageo are creating for whisky collectors and drinkers globally. This is the sixteenth edition of their releases, but only the third I’ve been to – I’ve got the hat trick!

There is normally a healthy mix between dead and functioning distilleries and the Diageo Special Releases 2017 is no different, and adds a new idea to the mix; the Collectivum XXVIII – a blend of all twenty-eight active Diageo distilleries in Scotland. Interesting, tho probably not my favourite of the night, that will be revealed later.

The whiskies are always going to be great, as is the company, but, instead of going into each one in detail – as lots of blogs and retailers will do that – I would prefer to focus on my top five, as they were really bloody special.

Oh wow this was special – it is so rare to get to try aged Blair Athol, even at the distillery itself, and this was pretty incredible. The nose was surprisingly herbaceous, lots of deep dark Christmas fruits for me, maybe some tobacco notes and almost a molasses note too.

That Christmas character carried through to the palate too, oh yes, like a dried fruit bonanza with all the fun parts of Christmas; Terry’s Choclate Orange (not Terry’s, it… is… mine!), vanilla fudge, raisins, the thick molasses note still and some sharper fruits too. Wham! A great spicy finish too. Lovely.

Oh Brora, you old rogue. It is one of the most incredible reasons to attend this event, but just as last year’s tasting showed, the Diageo Special Releases 2017 left me thinking this was one of the absolute standout drams of the night, nay the year.

Present at each of the Special Releases events to date, Brora is always a crowd pleaser, and man I loved it… managing to nab two samples of this guy as I chatted with fabulous people including Martin Eber of TimeForWhisky.com, Jason who is one of my biggest fans on YouTube, Chris M who has a ridiculously brilliant life and Kristy who is now the editor of all things Master of Malt.

As it has been ever present at these events, it is sometimes shocking – if not saddening – to remember that this distillery died in the early eighties… sureles there is only so many more casks left?! Or maybe they are all in Dr. Nick Mogan’s back garden? Who knows.

For me this dram was all about tropical fruits, wisps of smoke – but not too much, and a hint of baby sick – not in a bad way, encapsulated in vanilla, mango, pineapple and kiwi loveliness.

Ah I wish I had had a third… so good. Those smokey notes were akin to the very last embers of a bonfire, long after the marshmellows have melted, the random banana thing in tin foil has been discarded, the last moments before the collective sing-song finishes. Incredible.

None of us really saw this coming; a blend of all twenty-eight operating distilleries that Diageo own in Scotland. Should be obvious really, but it wasn’t, and it is actually not a bad price for the privilege of trying something that probably took a lot of effort to balance and make work vs. other products.

I tried this late on in the evening, after the Port Ellen and the Brora, so my palate my have been a bit confused, but I was getting tonnes of honey, molasses, orchard fruits, quite a strong grain note actually which I did not expect but with some decent mouth fell and wafts of peated brilliance from Islay.

There was definitely a sweetness, a strong citrus note – more lime and orange than lemon, followed by more peat and maybe even a minty note – definitely did not expect that.

One of my favourite people in whisky, and one of the nicest people in whisky, Ewan Gunn (bloody great name too, whilst we are here and giving him a load of kudos), was on the Port Dundas stand, and was swamped at the beginning, and the end of the night as single grain is a nice soft opener, but also a decent closure for any whisky evening. He had the honour, I think, of my final pour.

The colour told a truth not often given – this had to have been in more than an ex-bourbon cask, surely?!

The palate opened up more into Christmas fruits, dried raisins, a marvellous concoction of the exotic blended with the traditional orchard fruits, oh man this kept me enthralled for ages – do you see why I went back at the end? Beautiful, with a cheeky tang of spice to finish and close off something pretty damned special.

Oh Port Ellen you filthy beast that only draws me in, makes my lust after you and then throws me out to count the pound coins in the piggy bank hoping to meet your new annual benchmark in pricing strategy… you were lovely.

Since you ceased production in 1983 you have only drawn us all in further, wanting, hoping, needing you to under deliver, but yet you still smash your annual benchmark and make it an interesting comparison between others, but no, you nailed it again, as you always do.

A nose full of sweet, honeyed notes hiding the underlying peated notes that we know are about to appear with the addition of stone fruits and an evolving sweetness… then comes the beefy note of smoky brilliance I wanted; bacon, cinnamon, cayenne and some tropical pineapple notes I did not see coming. You were truly a rogue, but god damn you were a lovable one. #addstochristmaslist.

The rest of the line up included: 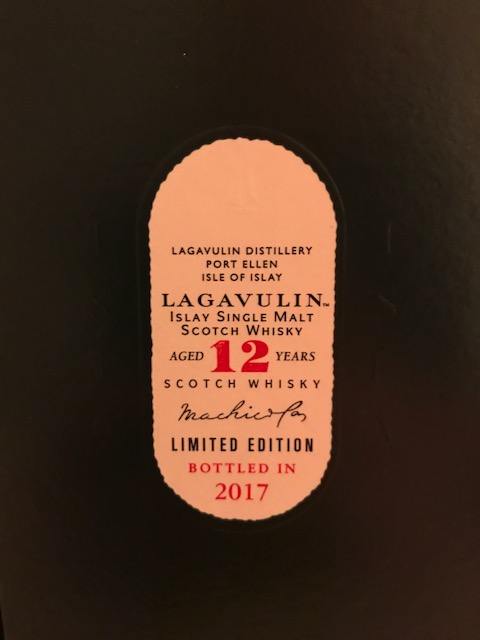