Allison Patel has a nose for two things, business and whisky. Owning her own company, Local Infusions, a US drinks import/export company, as well as her own blog, The Whisky Woman, gives her insight into both.

Her passion for exotic whiskies began when her husband, Nital, would call her from business trips and describe to her the exciting new whiskies he had been trying. Finding that these were not available in the US motivated Patel to start her own import/export firm, giving her access to some of the finest global whisky.

It was on one of Allison’s searches for a new whisky she could import that lead her to the door of a French cognac distillery, a family owned estate that had turned its hand to whisky distilling. She was inspired by the great quality of the whisky she had discovered and was inspired to take the bull by the horns and found her own whisky company.

This was Brenne in its early stages.

The whisky she found had been distilled and aged in new French Limousin oak barrels and was only three or four years old. But it was of the highest quality. Patel started working with the distiller, and together they began to refine the product and produced new barrels with every year’s new crop of barley.

Patel then stumbled upon a genius breakthrough. She decided to incorporate the farm’s old cognac casks into the finishing process, and thus Brenne Whisky was given its final form. The cognac casks give this French single malt a unique edge, setting it apart from typical Scotches and Bourbons. 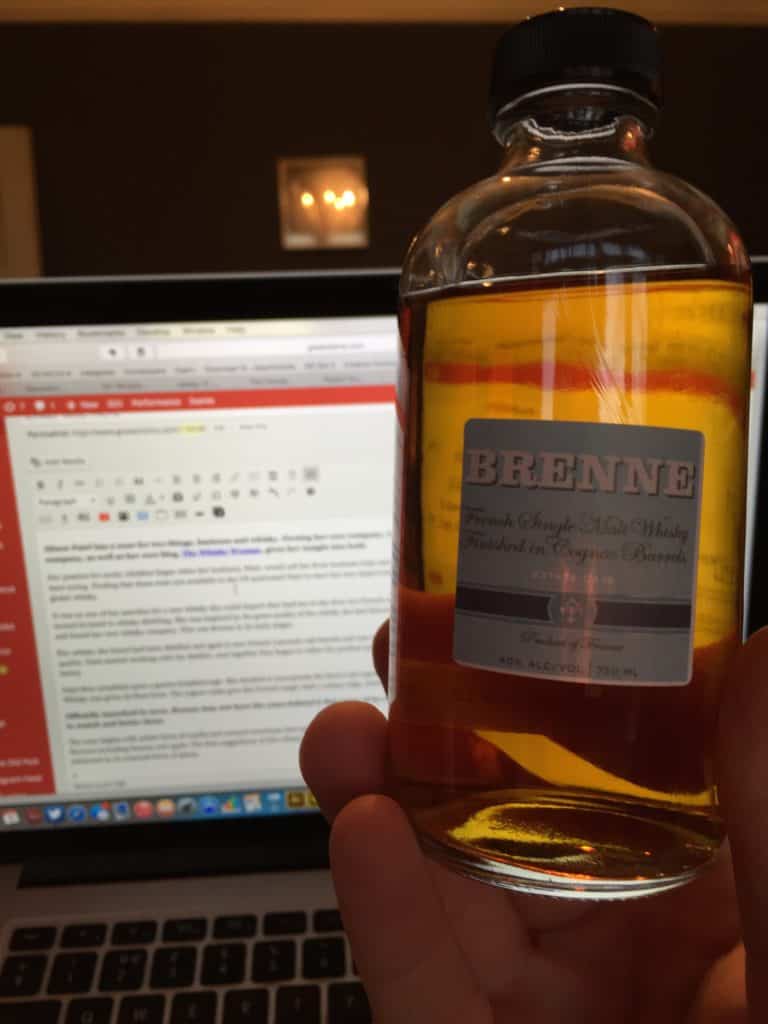 Officially launched in 2012, Brenne may not have the years behind it that many of its competitors do, but it certainly has the quality to match and better them.

The nose begins with subtle hints of vanilla and caramel sweetness that quickly moves into a complex fruitiness that holds an exquisite variety of juicy flavours including banana and apple. The first suggestions of this whisky’s dessert aspects come through in its saccharine undertones, lit up and enhanced by its nuanced hints of spices.

The fruitiness of Brenne continues through to its taste. It is rich with oranges and other sweet fruits that are again highlighted and extenuated by the deep spices that exist in its low notes. The idea of desserts become even more outspoken in Brenne’s taste, with the fruit being complemented with chocolate and luxurious creams.

Finally, this spectacular little dram is rounded off and tied together with a finish that is rich and brimming with spices. The flavours combine together and you are left with the perfect sensation of spiciness to complement the fruitiness of the initial taste.

Brenne is certainly a whisky worth investing in. Allison chose correctly when she came upon the little French distillery and decided to pour her time into crafting the perfect whisky with the product distilled here. Brenne may not be as popular as other whiskies out there, but this is definitely a case of watch this space.

It won’t be long until Brenne is pulling up the ranks and showing other boutique, as well as long established whiskies, just what it is capable of.